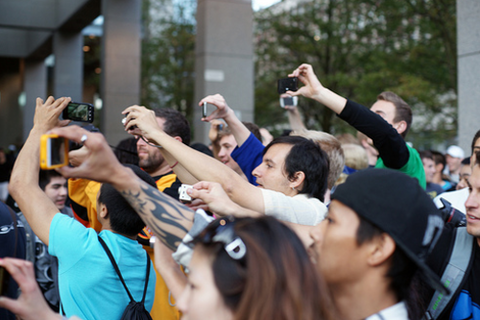 Is it possible to bring about a world where billions of people are directly empowered to change their lives and communities by 2015? The answer is yes. It might sound implausible, but it is actually achievable with the right technology tools and platforms being used for social good. In this interactive session, we will discuss how emerging tech tools have been empowering changemakers, why radical individual and community empowerment is the future of social change, and how to massively scale this empowerment through specific technology tools and platforms. In addition to this, we will take a closer look at what empowerment tools companies and organizations are currently using, who is leading the next wave of global empowerment, and how those models can be replicated everywhere.

Amanda is the Director of the 99% Project at Change.org, the largest petition platform in the world, where she leads an experimental team focused on massively scaling tools for grassroots collective action. Amanda has built online tools and systems to help millions of people participate in winning at the local, national, and international levels. Amanda’s mission is revolutionize the industry of social good by harnessing the power of distributed technology to empower people to break down traditional power structures.

Amanda has spent more than a decade working on critical social justice issues, especially human trafficking, domestic violence and sexual assault, genocide and mass atrocities, and LGBT rights. She has written reports and articles and produced documentary films about critical human rights issues around the world.

Amanda holds a master’s degree from the American University School of Public Affairs and a bachelor’s degree from Elon University. A self-professed geek, in her spare time, Amanda enjoys reading science fiction and fantasy literature, watching cult tv, and conducting science experiments in her kitchen.