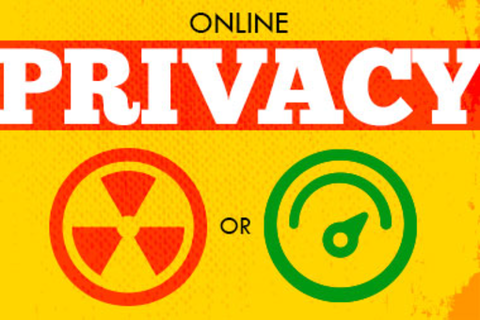 Our identity is increasingly defined by digital data, only a fraction of which is within our control. Welcome to the social age, where we're getting intimate about our habits, health, wealth and behaviors. Businesses are eagerly mining this data to innovate, tailor products and enhance customer engagement. The opportunity to capitalize on data shared knowingly or unknowingly by individuals is alluring. BYOA (bring your own application) and SYOD (share your own data) are creating new opportunities and challenges for businesses to exploit this information. But with privacy and security issues mounting, will the social age continue to fuel new business opportunities or result in a modern day nuclear meltdown?
Join us to discuss how these issues are defining the social era and how your business can profit without peril.

Chris joined Reputation.com after representing various Silicon Valley Internet and technology companies for more than a decade as a litigation partner at Cooley LLP. There, he focused on disputes involving complex commercial contracts and technology agreements, securities, fiduciary duty, mergers and acquisitions, and intellectual property.

Jeff is a Senior Managing Director and the Technology Group Head for the US M&A team at EY Capital Advisors. He has extensive experience advising companies as they manage all aspects of their capital agenda: preserving, optimizing, raising and investing capital. He has 15 years of corporate finance and M&A experience in the technology industry. Prior to joining EY, Liu was a Managing Director in Global Technology Banking at Bank of America Merrill Lynch. Prior to that, he was Managing Director at Deutsche Bank and a management consultant at McKinsey & Company.

Xtreme Solutions, founded in 2002, is an end-to-end IT services and solutions provider, with offerings that range from IT business consulting to state-of-the-art cybersecurity consulting and forensic analysis. Ms. Newhouse has been working with information technology tools in the federal government markets for over 25 years. Her expertise is in the area business management, audits and compliance and development of strategic business partnerships. The company employs certified ethical hackers and network security professionals to help secure its clients’ private networks and prevent cyber-attacks. The company plans to create a larger global presence and platform for new international customers, supported in part by strategic alliances with large companies to help serve smaller businesses.

As the Chairman and Chief Executive Officer, Davis has committed the last five years to building an organization at the forefront of helping to combat identity theft crimes. His efforts have been recognized with numerous regional and national business, consumer, and leadership awards, including:

Before leading LifeLock, Davis served as the managing partner of a successful marketing organization and was in the executive management of multiple technology startup companies. It was in those roles that Davis was able to raise millions of dollars in investment capital from both private investors and venture capital firms such as Draper Fisher Jurvetson, Wasatch Venture Fund, and ParTech International.
A 1990 graduate of Baylor University with a double major in entrepreneurship and management, Davis was quick to climb the corporate ladder at Dell Computer. While at Dell, he signed $3 million to one of the largest accounts in the company's history and was responsible for more than $15 million in annual revenue. He also achieved the Dell Vision Award and was distinguished with the Circle of Excellence honor and membership in the President's Elite Circle in his first year with the company.