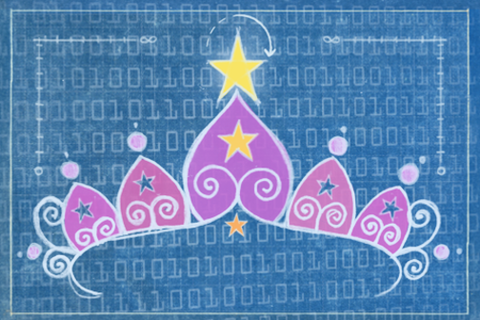 As we work to support women in technology, it’s essential that we provide inspiration and role models for the youngest generations to aspire to the sciences. There's much celebration that girls make up 47% of gamers, but if all of the games and TV they see are focused on princesses, make-up, and pink, how can we inspire girls to do more than wait for prince charming? Join us for a conversation about young girls and the sciences, as we consider what they watch on TV, what games they play, and what toys are on their shelves. More importantly, we will discuss what COULD be happening in each of those spaces to inspire the next crop of programmers, engineers, problem solvers, and critical thinkers.

Jennifer Oxley was born in Hollywood, California and caught the filmmaking bug early – she made her first film at the age of seven. Since then she has directed fifteen short films for Sesame Street, as well as the award-winning adaptation of Spike Lee and Tanya Lewis Lee’s children’s book, Please, Baby, Please. Her latest film, The Music Box, was acquired by The Museum of Modern Art for their permanent children’s film collection. Her work in children’s television includes directing and artistic credits. Jennifer is the recipient of an Emmy Award for her role as director on Little Bill, and she created the look and animation style of The Wonder Pets!, which won an Environmental Media Award and the prestigious Japan Prize. Most recently Jennifer teamed up with Billy Aronson to create Peg + Cat for PBS Kids.

Lindsey Shepard was Debbie Sterling’s first hire at GoldieBlox where she currently holds the title of Rainmaker and Resident Mom.
GoldieBlox, a toy company out to inspire the next generation of future innovators, is a book series & construction set that engages kids to build through the story of Goldie, the girl inventor who solves problems by building simple machines.

In her role as Vice President of Sales at GoldieBlox, Lindsey facilitated fundraising efforts when the company turned to Kickstarter for launch. GoldieBlox raised over $285,000 in 30 days through Kickstarter and went on to pre-sell over $1,000,000 of toys before a single unit was ever shipped. From there, Lindsey brought GoldieBlox from Kickstarter to national distribution with Toys ‘R Us in less than 6 months.

As a mother of two young kids, Lindsey has spent the last several years performing one "life-hack" after another, proving that engineering is a lifestyle, not just a degree. She has made it her mission to empower women to recognize that they are much more than the titles on their business cards or their appointed position on the PTA. She hopes to reach the women who are raising the girls of GoldieBlox in order to encourage them to embrace their natural inclination toward innovation and invention.

Prior to GoldieBlox, Lindsey served as the Director of Sales for Lori Bonn, a national jewelry company. For the past 15 years, she has also worked as a professional jewelry buyer, a photographer, a writer, an executive sales trainer, and a changer of diapers.

As the mother of a 2 year old and wife of a military officer, Sara also lives an extreme teleworking life - this year commuting from Honolulu, HI, to Montgomery, AL, to PBS’ Arlington, VA, headquarters. She has honed her skills for creating hands-on toddler games on the fly, regularly developing activities for hotel rooms, cross-continental flights, and occasionally her own backyard.

Sara holds a BA and an MA in English from Stanford University, and a certificate from Stanford’s Children, Society, and Public Policy program. She is a former preschool teacher.