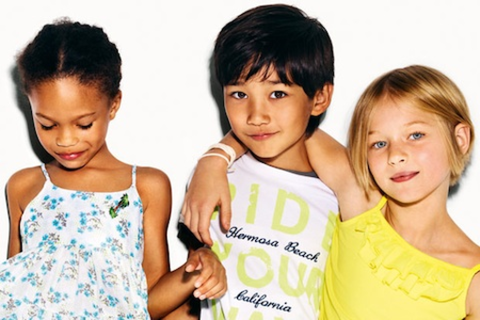 Just 1 in 14 tech employees in Silicon Valley is African American or Latino yet the number of young urban americans who want to start a business has never been higher. The question must be asked: are African/Latino Americans unknowingly segregating themselves from the technology conversation?

A panel of experienced professionals in software, media, entrepreneurship, education, and youth development will discuss key solutions to increase the representation and influence of Blacks and Latinos in technology throughout the pipeline...without segregating them from the larger conversation. Breaking out of your ethnic comfort zone, dismantling ideas about democratization, playing in a rigged game, and identifying patterns from successful minorities in STEM fields will be a taste of themes covered. The panel will be moderated by Andre Briggs, a software developer at Microsoft who has an interest the future implications of demographic and technology related convergence.

Amy Schapiro is the Director of the Summer Fellows Program at CODE2040. She has experience in creating and running programs relating to workforce development, education, and community partnerships, particularly in diverse communities. She is fluent in Spanish, earned an MSW from Columbia and a BA from Emory, and has worked on initiatives in San Francisco, Atlanta and New York, as well as in Spain and Costa Rica. Amy has spoken at the Lean Startup Conference, Grace Hopper Conference, and Tapia Diversity in Computing Conference, among others. She is passionate about increasing access to life-changing professional opportunities.

Andre Briggs is a senior developer at Microsoft, where he focuses on design and development of the second largest advertising platform on the internet. He is a founding member of a team that implements strategic high priority projects that address the challenges of competing in the fast paced online advertising industry. Andre holds a bachelor's degree in computer science and math.

Jason Smikle is a Co-Founder/CEO and the teams “visionary leader”. He worked at CBS and MTV before co-founding TUV Mediaworks, a youth-focused video production and research company. As CEO of TUV Mediaworks, he developed a prolific online content production operation -- producing over 500 web shorts in three years.

He also produced video-based research and video content creation projects for large brands, advertising agencies and media companies, including Adidas, AT&T, Coca-Cola, Foot Locker, NBC Universal and The United Nations. In 2008 he was named one of Business Week’s Top 25 Entrepreneurs Under 25 and was recently selected for a year long residency program at the Harvard Innovation Lab, where he developed his latest project entitled “The fNograph”, a video based platform that helps brands observe and interview consumer segments from around the world. Jason is currently based out of Boston, MA and is a contributing blogger for Forbes Magazine.

Ryan is a business development & marketing consultant. He previously helped start 100 Urban Entrepreneurs, a non-profit organization dedicated to helping provide a meaningful, long-term economic boost to urban communities throughout the United States. Through his involvement in 100 Urban Entrepreneurs, he’s applied the same business-building tenets to companies at the other end of the commercial spectrum: tiny startups whose founders have limited experience, few connections and little money. He has mentored more than 100 promising urban entrepreneurs. His prior startup experience also includes sales & business development at Switchcam, founder of MoPix (digital film & video distribution) and Director of Strategy of Omelet (Advertising).