Creating a History of the Future in 100 Objects 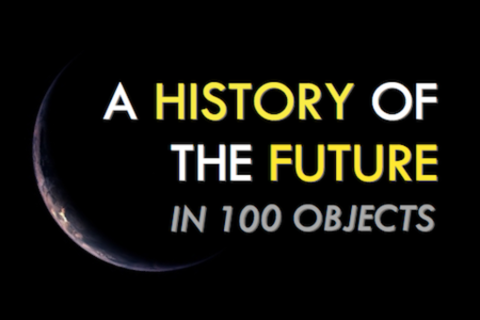 What are the 100 objects that future historians will pick to define our 21st century? A javelin thrown by an 'enhanced' Paralympian far further than any normal human? Virtual reality interrogation equipment used by police forces? Or desire modification drugs that fuel the fastest growing new religion?

"A History of the Future in 100 Objects" creates a new future history, through a book, a podcast, and a museum exhibit. Collaborators include the BBC, the British Museum and The Economist.

"...Adrian Hon conjures a detailed and arresting vision of a late 21st century world where technology has helped us advance so far it's hard to say what it means any more to be human." - Start the Week, BBC Radio 4

Arthur C Clarke, Neal Stephenson, William Gibson, Philip K Dick have all shaped the world. Visions of the future have always influenced our actions in the present, for better or worse. This book examines the future of everything - of politics, religion, marriage, work, and technology.

Adrian Hon is co-founder and CEO at Six to Start, specialising in gamelike stories and story-like games for the web, mobile, and real world, the latest being the international bestseller, "Zombies, Run!" Clients have included Disney, the BBC, Channel 4, and Penguin, and Six to Start has won multiple awards including Best of Show at SXSW.