xHumed: Bring Back the Dead, with Mary Shelley 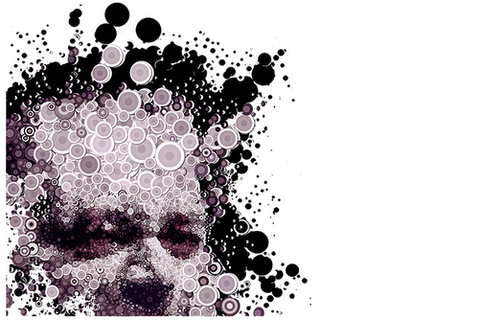 Making their first appearance at SXSWi, internationally renowned and long dead authors, H.G. Wells and Mary Shelley, join us on the incredible journey of being xHumed.

Brought back to life for unique events in London and Birmingham, England, the xHumed are a collective of Speakers-in-a-Box who imparted Dead Good Thinking at NESTA’s FutureFest and the Library of Birmingham.

The process of bringing back the dead was sometimes painful, but made possible through partnership with cultural and media archive organisations including the Library of Birmingham, Oxford University, BBC and others.

If we can archive and store our personal data, media, DNA and brain patterns, the question of whether we can bring back the dead is almost redundant. The right question is should we?
Project producers Samara and Jason Jones-Hall will introduce Wells, Shelley and other xHumed guests to reveal both the contemporary relevance of these Dead Good Thinkers and the ripple effect of resurrection.

Co-creator, producer and presenter of xHumed at London’s FutureFest and at the stunning new £193m Library of Birmingham, Jason Jones-Hall has a long and varied career working on major European projects in digital media and the creative industries.

Jason has contributed to reports and acted as a consultant, mentor or assessor for agencies including Technology Strategy Board, Arts Council England, NESTA and Creative Skillset.  Recent projects include support for the games industry via Game Central and Nokia's developer engagement programme for Wieden + Kennedy.

Since November 2011, Jason has been one of a core team of digital experts invited by the European Union’s Education, Audiovisual and Culture Executive Agency to assess international interactive, transmedia and games projects, complementing existing experience working on an international level with partners in Europe, the US and Asia.

Jason has a long track record of producing and delivering digital projects and over thirty digitally-themed live events, including xHumed - a major new initiative in partnership with BBC Archives, Creative England, NESTA and the Library of Birmingham.

Samara is a non-practising solicitor (England & Wales) with specialisms and senior management experience in the provision of trusts, investment structures and funds.

Since graduating from University of Edinburgh with a B.Sc. (Psychology and Metaphysics) and prior to retraining for the legal profession at London Metropolitan University, Samara compiled and edited country reports for the Economist Intelligence Unit and studied Java programming at University of Western Australia.

This followed and built on Samara’s experience having launched her own startup magazine publishing business in Hong Kong, with responsibilities including business planning, securing investment, writing, editing and commissioning content, design, production and distribution.