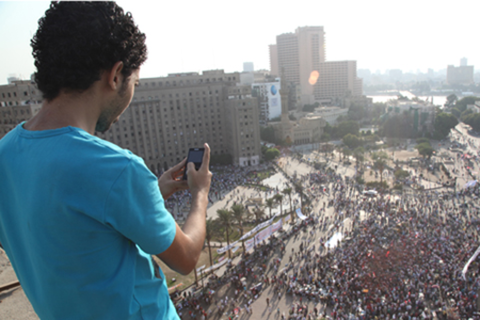 Christoph Koettl is the Emergency Response Manager at Amnesty International USA. He specializes in utilizing satellite imagery, mobile technology and citizen media for human rights research and advocacy. His expertise is in International Humanitarian Law, conflict analysis, crisis mapping and video validation and he is a regular speaker on technology and human rights. He has testified on war crimes in Sri Lanka before the United States Congress and numerous national and international media, including AP, BBC, CNN, Al Jazeera and Reuters, cover his work regularly.

Harlo Holmes is a media scholar, software programmer, and activist. As research fellow with The Guardian Project, she primarily investigates topics in digital media steganography, metadata, and the standards surrounding technology in the social sciences. She harnesses her multi-faceted background in service of responding to the growing technological needs of human rights workers, journalists, and other do-gooders around the world. Harlo is currently based in New York City.

Sam Gregory is the Program Director at the human rights group WITNESS, focused on empowering millions of people to use video and technology for human rights effectively and ethically. He launched the Webby-nominated Human Rights Channel on YouTube (youtube.com/humanrights), and leads WITNESS’ work on the award-winning ObscuraCam and InformaCam tools. He has worked on impactful campaigns worldwide, created innovative training programs, and teaches human rights and participatory media at Harvard’s Kennedy School. Sam was a 2012 Young Global Leader of the World Economic Forum, and in 2013 an Institute for theFuture Fellow, working on strategies for technology-enabled live and immersive witnessing and task-routing for human rights activism.