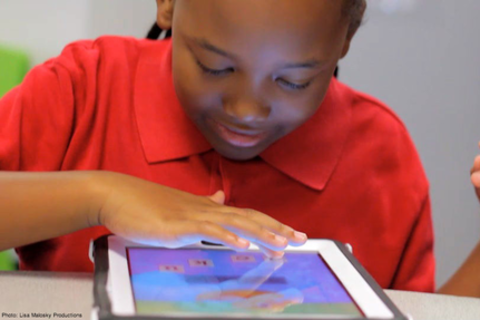 Every 20 minutes a child is diagnosed with Autism, a complex neurobiological disorder typically characterized by communication, social, and behavioral delays. Much media attention has focused on the power of tablet technology for communication, especially for those who cannot express themselves. Less discussed, but just as life-changing are apps that can be leveraged to address significant learning difficulties for people with Autism, including social interaction, engagement, organizational skills and transitions. Panelists will discuss how apps can effectively target skill development and harness strengths for those who need flexible modes of learning. Panelists will also examine the growing need for exceptional app development that allows users to create and customize content, track data, and monitor progress. A variety of apps and their target uses will be addressed and each panelist will weigh in on app features that benefit those with social, behavioral, and communication delays.

Betsy is a speech pathologist and autism consultant with 22 years of experience in a variety of settings. She graduated from Austin College with a BA in Psychology and Sociology and from the University of Texas at Dallas with a MS in Communication Disorders. She also holds a Texas teaching certificate and is a certified PLAY Project consultant. In 2010, she began using the iPod Touch and iPad in therapy sessions. Her use of these mobile devices has expanded to include training educators to use them in the classroom. Betsy lives in Houston with her husband and two sons, Henry and Sam.

Camedra Jefferson is a huge people person who loves working around diverse thinkers. She is a University Of Houston-Downtown graduate with a B.S. in Sociology and recent University of St. Thomas graduate, with a M.Ed. in Reading. Before entering education, she was a youth facilitator at a non-profit organization after school program for at risk children. Upon entering the professional world of education, she began her career as a Case Manager/Math&Reading Resource Teacher for Special Education students. Servicing this population has since become her passion. She has serviced special populations for six years which range from learning disabled, health impaired, visually impaired to Autism Spectrum Disorder. It was this position which triggered her developing interest in the research and teaching of students on the Spectrum. In fact while in grad school, Camedra based her action research paper on her students with ASD, which tracked the progress of each student with the use of iPad applications. These applications not only assisted with reinforcing common core standards, but with each students overall individualized education program (IEP) goals.
She is currently a Reading Intervention Teacher at Lanier Middle School in HISD. She is inspired by her students, especially those who continue to strive for success, despite major adversity and unique challenges.

Cristen Carson Reat is the co-founder and program coordinator of BridgingApps.org, a program of Easter Seals Greater Houston. BridgingApps helps parents, therapists, doctors, and teachers share information on how to use mobile devices like the iPad, iPhone, iPod Touch and Android devices with people who have special needs. Cristen holds a M.A. degree from the University of Texas at Austin, graduated from the Defense Language Institute in Monterey, California, and is certified through the Assistive Technology Applications Program at California State University. She has worked in education for the last fifteen years, most of that time at an educational non-profit. She has written articles on apps for special needs populations that have appeared in National Down Syndrome Communicator, Techedge Magazine and Parenting Special Needs Magazine. She is the mother of a son with Asperger’s and a son with Down syndrome.

Robert Rummel-Hudson's memoir, Schuyler’s Monster: A Father’s Journey with His Wordless Daughter, tells the story of raising a little girl with a disability and learning to become the father she needs. It was published in February 2008 by St. Martin's Press.

In February 2008, his article about Schuyler, “Love Beyond Words,” was published in Good Housekeeping. Schuyler’s Monster was reviewed in People (3.5 out of 4 stars) and was excerpted in Wondertime in March 2008. Rob appeared at SXSW in 2012 on the panel Tech Unity: Beyond the #SpecialNeeds Hashtag.

Schuyler and her parents currently live in Plano, Texas.