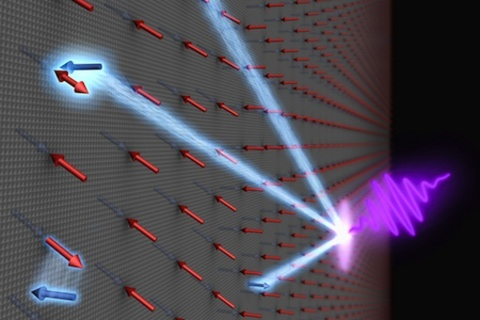 For more than 40 years, Moore's Law has held astonishingly accurate as the number of transistors, and along with it the processing power, of personal computers has doubled roughly every two years. Soon, however, as the very physics behind the technology reaches atomic scales, computing will need to either adopt a new paradigm or come to a screeching halt as it reaches fundamental limits.
Joshua Turner is an experimental physicist at Stanford's SLAC National Accelerator Laboratory, where he uses the Linac Coherent Light Source, the world’s first X-ray free-electron laser, to study the atomic properties of materials, with a particular focus on properties of ultra-small magnets. In this session, Turner will explain experiments probing the ultrafast, nanoscale limits of magnetic materials. He will also describe proposed techniques that could shatter Moore's Law by exploiting characteristics of particles and atoms like how they spin, their ‘orbital’ configuration or quantum superposition.

Dr. Joshua Turner joined SLAC National Accelerator Laboratory to be a staff scientist at the world's first hard X-ray free-electron laser, the Linac Coherent Light Source (LCLS). He works at LCLS's Soft X-ray for Materials Science (SXR) instrument where he specializes in ultrafast soft X-ray experiments, which have been applied to an array of scientific fields such as catalysis, quantum materials, laboratory astrophysics and structural biology. Turner's own research interests include nanometer-scale magnetism and orbital electronics.
Turner has a PhD in Experimental Condensed Matter Physics from the University of Oregon. He was an Advanced Light Source Doctoral Fellow at Lawrence Berkeley National Laboratory and also worked at the Brookhaven National Laboratory. He did his Postdoctoral Fellowship at Stony Brook University specializing in Coherent Diffraction Imaging, a method of using algorithms to image nanoscopic objects at finer resolution than what is possible with X-ray lenses.