The Promise of a Pencil 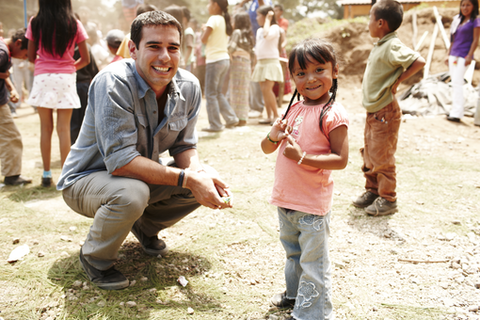 "The Promise of a Pencil" is the memoir of Adam Braun, Founder & CEO of Pencils of Promise ("PoP"). Adam traded a lucrative career in finance to found Pencils of Promise, the groundbreaking organization founded in 2008 to increase access to quality education for children in the developing world. The book chronicles Braun’s journey to find his calling and gives readers the tools to unlock a sense of purpose, passion, and meaning in their own lives. Braun started Pencils of Promise with an initial investment of $25 in 2008 and the ambition to build one school in honor of his grandmother. Today, PoP has broken ground on more than 200 schools globally to provide children with education opportunities. PoP backs passion with true sustainability, radical transparency, and impact tracking. In his talk, Adam will discuss how to bootstrap an organization to success, the future of purpose-driven businesses, and the most effective ways to blend for-profit business acumen with humanitarian work.

Adam Braun is the Founder of Pencils of Promise, an award-winning organization that has broken ground on more than 200 schools across Africa, Asia and Latin America. PoP was founded with just $25 using Braun’s unique "For-Purpose" approach to blending nonprofit idealism with for-profit business principles. In 2012, he was named to the Forbes 30 Under 30 List.

Braun began his career on Wall Street, until he met a young boy begging on the street and asked him what he wanted most in the world. The answer- "A pencil." Braun eventually left a dream job at Bain & Company to launch Pencils of Promise, which has since been recognized as a leader amongst the new guard of global nonprofits.

His new book, "The Promise of a Pencil: How an Ordinary Person Can Create Extraordinary Change" will be released by Simon & Schuster at SXSW 2014.