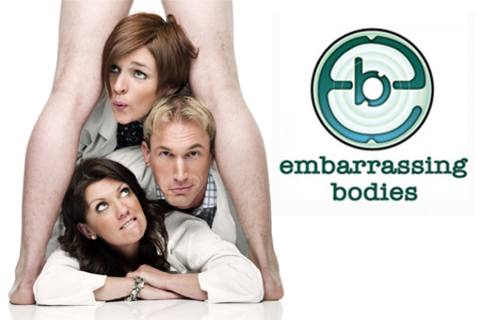 With its unflinching, uncensored approach to the kind of health problems that people just don’t talk about, Channel 4’s Embarrassing Bodies is the most provocative medical series on British TV. Beyond broadcast, the show has evolved into a revolutionary multiplatform brand spanning websites, mobile apps, games, health tools, citizen science projects, live on-air Skype consultations and more. Over the course of its journey so far, Embarrassing Bodies has wowed audiences, saved lives and blazed a trail in the realm of digital healthcare, touching the lives of millions of viewers. And, with further series in the pipeline, there are plenty more exciting innovations to come. Join Maverick Television’s digital producer Nick Lockey as he explores the evolution of this Emmy and BAFTA award winning project and explains how the lessons they learned can be applied to the healthcare sector, transmedia broadcasting and to digital development projects alike.

Nick regularly lectures on multiplatform development and has delivered seminars, talks and workshops for clients including Skillset, The Media Trust, The RTS, Channel 4, ITV, The University of Birmingham, BCU, Hello Digital and the South by Southwest Interactive Festival.

Maverick was recently named the second most respected independent production company by its rivals in an industry poll of the 100 top indies, published in Televisual magazine, which praised the company for “really grasping the potential of multiplatform” and described Maverick as “a great 360 degree company”.