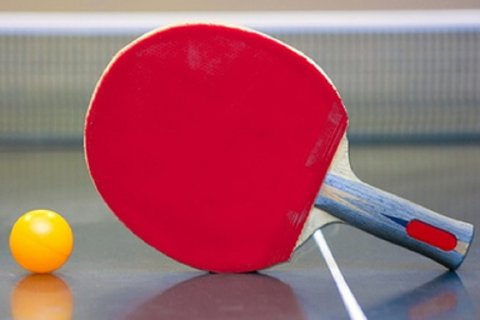 ATTENTION: You must signup in advance to attend this workshop. You will need to have a valid SXSW badge, and an activated SXsocial account. To reserve your seat, please go here: https://sup.sxsw.com/schedule/IAP19922

A technology entrepreneur, a Wall Street banker turned monk, and a non-profit leader see an unprecedented opportunity for technology startups. That opportunity is not in the products they build, but in the workplaces they create.

At the start of a tech company’s life, everything can seem magical. The founders are best friends, the office is stocked with the requisite ping pong table and kegerator. Strip these symbols of startup life away though, and what’s left are people typing at computers, looking like almost any company in America. Every company, even the massive companies now known for having horrible cultures, began as startups with cultures that were often positive and passionate.

Entrepreneurs must start to think not only about building innovative products but also about building better companies, companies that re-imagine what business looks like and that are epicenters of human wellbeing even as the company grows. This session is about learning how to make that happen.

Three key takeaways from the session will be:
*Tools for thinking through what culture actually means
*Tools to help set the foundation for a new company's culture and values
*Tools for managing values and culture as the company grows

What to Bring:
- Participants should bring a pen and notebook/paper.

Jessica Lawrence is the Executive Director of NY Tech Meetup (NYTM), the largest Meetup in the world and a 37,000-member non-profit organization helping to build a sustainable and diverse technology industry in New York.

Prior to her work with NYTM, Jessica was the CEO of Girl Scouts of San Gorgonio Council in Southern California, where she supported a community of 75 staff, 5,000 volunteers, and 15,000 girls.

Jessica was one of only 15 women selected to participate in Seth Godin’s Female Entrepreneur MBA (FeMBA) in 2010. She has received numerous awards including the Girl Scouts of the USA Frances Hesselbein Award for Excellence in Management in 2007, was selected as one of The Daily Muse’s 12 Women to Watch in 2012, and as one of the Crain’s New York Business People to Watch in Silicon Alley 2013.

Jessica’s writing has been featured on the Harvard Business Review blog, Forbes.com, The Next Web, The Daily Muse and in a weekly column in The Press-Enterprise. She also speaks frequently on technology startups, the New York technology community, women in tech, organizational development and culture, the future of work, and non-profit management.

From investment banker on Wall Street to monk in the Bhakti tradition, Rasanath draws his teachings from a rich background of personal and professional experiences. With a Bachelor's in engineering from the Indian Institute of Technology (I.I.T) and an M.B.A from Cornell, he is invested in using his knowledge of systems and business principles and combine them with ancient wisdom traditions to transform the way the work world operates. He is a regular contributor to the Huffington Post, has been featured as a TEDx speaker, and has been profiled in the Wall Street Journal, The New York Times, CNN and PBS. He is invited to speak on leadership at various organizations across the country including Etsy, Novartis and Caesers Palace.

Vipin Goyal is the Co-Founder & CEO of SideTour.

In the fall of 2009, Vipin and his wife decided to leave their jobs and travel around the world. Their itinerary took them from Africa to the Middle East, India, China, Southeast Asia, Australia and New Zealand. They blogged about their experiences along the way at twonomads.org. The idea for SideTour was born out of that trip.