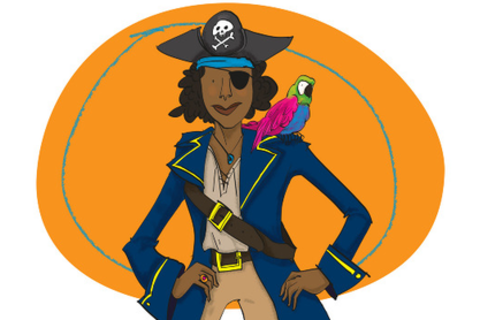 Move over Silicon Valley - let's let the real pirates and gangsters play. In this panel, we'll hear stories about innovation from economic outlaws. What can we learn as entrepreneurs from pirates? From street hustlers and drug dealers? What do the stealthy laboratories of cornerstones, slums and pirate ships have to teach us about enterprise and hustle?

Alexa Clay is an economic historian, author, and innovation strategist with a healthy obsession for pirates, sound art, new economics, and pseudo-science. Her first book, The Misfit Economy, will be published by Simon & Schuster next year and examines the ingenuity of underground or black market and informal innovations. Alexa has published pieces in Fast Company, Forbes, Wired, The Guardian, and Stanford Social Innovation Review. She currently directs the League of Intrapreneurs – a movement intended to bring about corporate social revolution.

Catherine Hoke is the Founder and CEO of Defy Ventures, based in New York City. Defy is an entrepreneurship program and incubator that "transforms the hustle" of formerly incarcerated drug dealers and gang leaders, equipping them to become legal entrepreneurs, great parents, and community leaders. Raised as a French Canadian immigrant, Catherine made her entrepreneurial debut at age 8, when she locked down the Davis, California hamster breeding market, selling her baby hamsters to the pet shop for a $1 a piece. She later became the first girl on the Davis High School boys wrestling team. It was on the wrestling mat that she developed a noteworthy endurance for humiliation (to this day, she owns the school’s record for getting pinned the fastest and the most in her first year). Her bruises and losses prepared her to come alongside others who need to be “scraped off the mat,” shined up, and put back in the fight. Catherine left behind a career in venture capital and private equity to pursue her calling. She is driven by her love for God, hatred for injustice, and belief in the underdog.

As a professor of strategy at Ivey Business School (Canada), I teach and do research about the 'dark side' of capitalism. I am interested in the role played by illegitimate and/or illegal organizations on the emergence, renewal or destruction of industries.

Most of my empirical research focuses on two distinct settings: the global arms industry and piracy. In 2013, my book 'The Pirate Organization: Lessons from the fringes of Capitalism' was published by Harvard Business Review Press.

Jose coordinates classroom training and directly supports Defy Entrepreneurs-in-Training (EITs) in reaching their entrepreneurial potential. What Jose loves most about his work at Defy is the community created by staff, EITs, and volunteers, as well as the opportunity to guide EITs in creating companies and legacies that will make their communities and families proud.
As a Defy Class One graduate, Jose is the founder and CEO of Happy Vida, a personal concierge service for busy New Yorkers. He has also served as a Weatherization Instructor at The Osborne Association who also serve the formerly incarcerated.