The Real Art & Economics of Ghostwriting 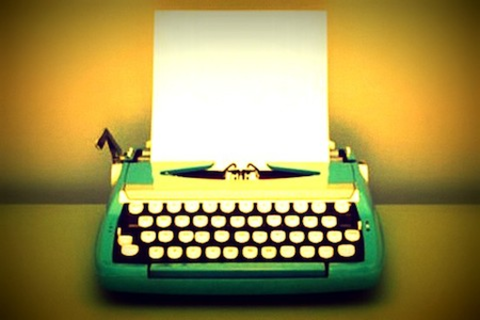 They say everyone has a book in them. NYT bestselling author Joni Rodgers notes that everyone has a spleen too, but it takes a special skillset to get it out and make it something you'd want to display on a shelf. A proficient ghostwriter saves a starlet from embarrassing herself in her memoir, injects a CEO’s motivational tome with humor and compassion, and spins a politician’s peccadillo into a *roman a clef*. Doctor a speech here, pimp a proposal there, follow clients from the Hollywood Hills to posh White House receptions to the underbelly of a rock concert—then disappear. That's ghost life.
In reality, ghostwriting is more mindset than skillset. There's no room for ego, but income potential far exceeds the average income earned by the vast majority of writers.
With freelance editor Jerusha Rodgers covering technical issues and the elements of an effective book proposal, Joni offers the unvarnished truth about making a living—and a life—as a celebrity ghostwriter.

With a degree in English and a lifetime of reading under her belt, Jerusha set out to change the literary world one tweet at a time. After an internship in social media marketing and several projects as an assistant on high profile ghostwriting gigs with a NYT bestselling writer, she started her own freelance editing business, Rabid Badger Editing. She’s worked on projects other fresh-out-of-college grammar nerds would drool over, and can’t get enough of new and upcoming ideas to propel the industry forward. Being young is, in and of itself, an invaluable experience and expertise in the field of epublishing; where traditional publishing folk see “can’t” and “won’t,” Jerusha sees “can’t wait” and “won’t it be great when…” With a mother who works in both traditional and indie publishing, Jerusha was not only formally educated, but was raised in the publishing industry, creating a unique viewpoint that spans technological advances, creative processes and business models.

NYT bestselling author Joni Rodgers “is a pure storyteller,” says Oscar-winning screenwriter Aaron Sorkin. “She writes with a lyricism, wit, humanity and joy that make her books impossible to put down.”

Joni grew up in a family bluegrass band and studied theatre at Viterbo College. Diagnosed with non-Hodgkin's lymphoma in 1994, she used the chemo downtime to finish her first two novels, both of which were published to critical acclaim. Since publication of her own bestselling memoir, Bald in the Land of Big Hair, she's co-authored several high-profile memoirs with Rue McClanahan, Kristin Chenoweth, Swoosie Kurtz and other extraordinary people in entertainment, politics, music and professional sports. Joni is the founder of her own digital imprint, Stella Link Books, and with her daughter, editor Jerusha Rodgers, is launching an online bookstore with a focus on indie and small/micro-press books. Joni lives in Houston and is repped by William Morris Endeavor in New York.