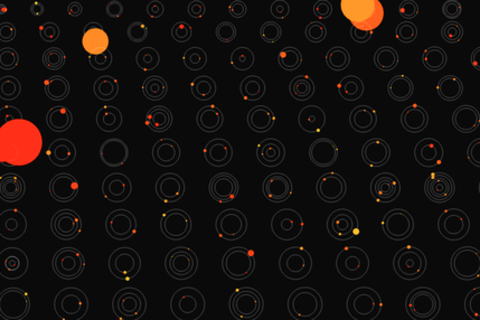 People imagine space software to be sleek and modern. But the tools NASA use today look nothing like their Star Trek counterparts. Instead, they're text-based, neon-colored, and complicated with age. This is a shame, but it's also an opportunity.
We're a small design team within NASA, working to break this trend. We want the interfaces astronauts, scientists, and astronomers interact with to be just as cool as we all dream them to be. We've redesigned systems for the Mars Curiosity Rover, the Kepler Space Telescope, and the Lunar Atmosphere and Dust Environment Explorer.
Join us in this session to see some of this work, and to learn how we're pushing NASA forward to the touch and gesture based future.

Sam Hashemi is a 2014 Code for America Fellow. Previously, he was a product lead & designer inside NASA, building next-gen interfaces for (sometimes reluctant) space missions. His users have included astronauts aboard the International Space Station, scientists working on the Mars Curiosity Rover, and astronomers searching the skies with the Kepler Space Telescope.

Steve Hillenius is a UX Manager and Designer at NASA. He takes passion in understanding the complex world of space flight and distilling it down into minimalist usable interfaces. Steve has designed software for scientists and engineers to control the International Space Station, Mars Rover Curiosity, and LADEE, a cool little lunar orbiter that's currently studying the Moon's exosphere.

In addition to space flight he has a passion for film photography, car design, and wearable computers. He also thinks the raspberry pi is the best thing since sliced bread.