Brave Broken World: The Death of VC As We Know It 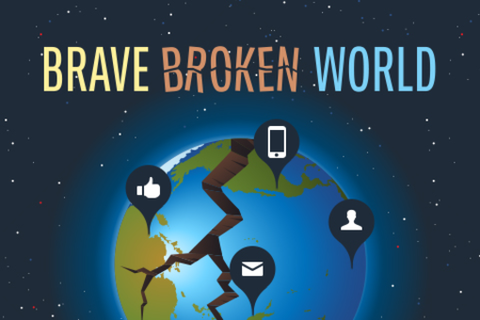 Oh, the irony - a stagnant and decades-old financing model has long controlled the cutting edge of innovation and tech. Welcome to venture capital, an industry where the median venture investment loses money on funded startups, yet exercises nearly all control over which creative tech ideas see the light of day. It’s an industry only accessible to the most elite - where who you know often matters more than what you know.
In this talk, Alex Mittal, co-founder and CEO of FundersClub, will open the kimono on the venture capital industry. First, he will reveal what is, for many, a complete black box—the underbelly of a venture capital firm’s operations and business model, zombie VCs, and the historical performance of venture capital firms. Next, he will discuss how the industry needs to reinvent itself or die, and will describe early attempts at disrupting venture capital.

Alex Mittal is co-founder and CEO of FundersClub, the world's first online venture capital platform. Prior to FundersClub, Mr. Mittal was the founding CEO of Innova Dynamics, a touchscreen hardware company, leading the company from university laboratory to commercialization, securing design-in collaborations with today's major consumer electronics companies. Previously, he was the founding CTO of Crederity, an identity and credential verification enterprise software company, and co-founded and led Penn Engineers without Borders, a non-profit that has provided running water to thousands of people worldwide. Mr. Mittal currently serves on the Board of Directors of three companies, holds degrees in economics and engineering from Wharton and the University of Pennsylvania, and is an alumni of Y Combinator. He was recently named an advisor to First Round Capital’s Dorm Room Fund, and is a columnist for Inc. Additionally, Mr. Mittal has been featured in Forbes 30 under 30 in Tech, in BusinessWeek as one of America’s Best Young Entrepreneurs, and in Silicon Valley’s 40 under 40. Prior to his time as an entrepreneur, Mr. Mittal was active in science research, presenting at the 2002 Nobel Prize Ceremonies, and MIT Lincoln Laboratory named an asteroid after him for his work.