The Dynamic Site Is Dead 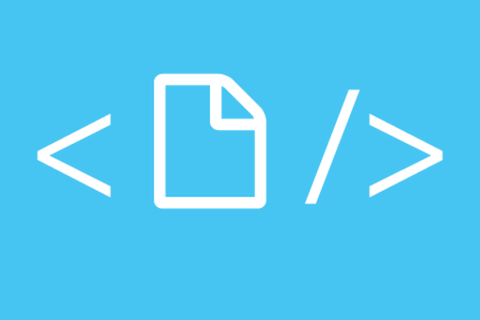 What’s old is new again. Content delivery systems that push static, or ‘flat’ HTML files are back. Jekyll, Middleman, Prose.io, GitHub Pages have led a new wave of sites — particularly in government — that are being deployed faster, simpler, more securely. The time has come to throw out your database and your backend infrastructure...or has it? Come join a lively discussion on the pitfalls, peril, and ultimate glory involved in deploying content in a post CMS world, and learn how government sites are in fact leading the way.

Ben Balter is a gov 2.0 evangelist working to hack federal government from the inside out, a GitHubber making government better, one repo at a time, and an aspiring attorney passionate about the disruptive potential of technology.

Named one of the top 25 most influential people in government and technology and described by the US Chief Technology Officer as one of “the baddest of the badass innovators,” and by the White House Director of Digital Strategy as “lightning in a bottle,” Ben is a Government Evangelist at GitHub — the world’s largest software development network — where he leads the efforts to encourage adoption of open source, open data, and open government philosophies across all levels of government.

Previously, Ben was a member of the inaugural class of Presidential Innovation Fellows where he served as entrepreneur in residence reimagining the role of technology in brokering the relationship between citizens and government. Before that, he was a Fellow in the Office of the US Chief Information Officer within the Executive Office of the President where he was instrumental in drafting the President’s Digital Strategy, on the SoftWare Automation and Technology (SWAT) Team, the White House’s first and only agile development team, and as a New Media Fellow, in the Federal Communications Commission’s Office of the Managing Director where he played a central role in shaping the agency’s reimagined web presence. His paper, Towards a More Agile Government was published in the Public Contract Law Journal, arguing that Federal IT Procurement should be more amenable to modern, agile development methods.

Ben holds a J.D. and an M.B.A. from the George Washington University, and is currently pending admission to California Bar. When not trying to change the world, he enjoys tackling otherwise-impossible challenges to sharing information using nothing more than duct tape, version control, and occasionally a pack of bubblegum.

Danny has nearly a decade of experience in government web design, working on award-winning projects as far ranging as Rhode Island's website RI.gov, the newly launched Hawaii.gov, and many state initiatives in between. Most recently, Danny served as member of the inaugural class of Presidential Innovation Fellows at the White House working on MyUSA alongside Ben Balter, redefining the relationship between citizens and government online. Dan has spoken at design and UX events across the country, been featured on State Scoop radio and most recently was named to Providence Business News' 40 under forty list.

Jessica Teal is the principal at Teal Media, a full-service digital design studio based in Royal Oak, MI. Jessica served as the lead designer for the redesign of HealthCare.gov and the Health Insurance Marketplace user interface.

US Department of Health and Human Services

Julie Herron is a project manager working on the redesign of Healthcare.gov in preparation for the launch of the federal Health Insurance Marketplace. Julie’s enthusiasm for defining solutions that communicate complex concepts in a simple and clear manner led her to make the jump to the public sector to work on this all-important initiative.