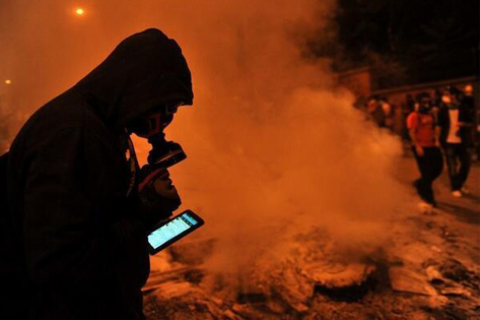 If you were in Turkey last summer, you would have observed a Twitter revolution. During the #OccupyGezi movement, 1 million new accounts were created in just 1 month. For 3 weeks Turkey was the country with the highest number of tweets in the world.
So, what's the story behind it?
When trees were being cut in Gezi Park -one of the last green areas in the heart of Istanbul- a group of citizens started to protest. When Police responsed with extreme violence to innocent people, hundreds of people turned into thousands then millions. In fact, it was the biggest freedom movement led by Generation Y. Turkish TV preferred to air documentaries about penguins, while one of the world's biggest protests was taking place. Thus, Twitter became the main media as everyone's information and communication source.
We hope to show you the social and political side of the movements and explain how social media enabled this movement to be organic and leaderless with many cases and stories.

Co-founder and manager of Bigumigu.com; the best digital inspirational resource for advertising and marketing sector in Turkey since 2005. Social marketing and digital trends consultant for major brands.

More than 10 years of experience in marketing communications, working both in the creative (advertising agency) and brand management (automotive company) sides of the business before co-founding own company.