Democracy Took Over My Government, Now What? 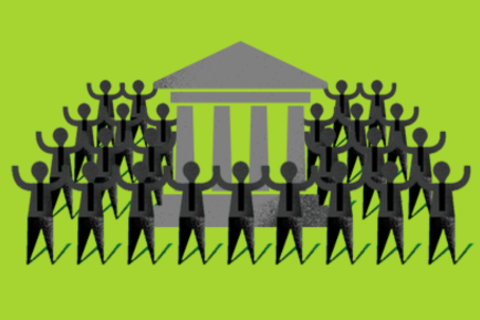 An open dialogue has never been more imperative or more possible than in the digital age when 57% of people are talking more online than they do in real life.

The State of Michigan used this to their advantage when they launched ther Bureaucracy Busters Program that engaged the voice of nearly 50,000 state employees. Programs launched by the Obama Administration, New York and Open County Michigan galvanized the public to participate in how government uses technology, services, and more.

Join crowdsourcing program experts from the Intelligence Community Forum and State of Michigan as they discuss the skills necessary to sort through crowd-voted ideas, the prospect of assessing the ROI of crowd suggestions, and make suggestions for delivering on crowd-suggested ideas.

Sr Advisor to the US Chief Technology Officer

John served as Senior Advisor for Innovation in the White House Office of Science and Technology Policy under President Barack Obama, where he co-founded the Presidential Innovation Fellows program. John previously served in the Administration as Senior Advisor for Healthcare Reform, empowering millions of Americans through the integration of the Blue Button Download My Data technology into their digital health records. Prior to his appointment, John worked in the investment industry at Credit Suisse and Lehman Brothers, where he co-founded the Sports & Entertainment Group, worked on numerous healthcare and technology transactions, and managed through a broad array of risks during the global financial crisis. He played professional baseball as a shortstop in the minor league systems of the Los Angeles Dodgers and Atlanta Braves, compiling a .344 career batting average.

Nicole has over four years experience coordinating statewide public sector social engagement initiatives. Before assuming her current role as the Director of Social Media for the University of Michigan, Nicole was responsible for managing a unified presence and strategy for the State of Michigan among an external audience of six million and internally over 46,000 employees. With a primary goal of ensuring all accounts provided additional value to Michigan citizens, her primary statewide presence ranked as the third largest in the nation.

Nicole is now focused on innovating the way in which one of the world’s top Universities strategically approaches interactive communications.

She possesses a Bachelor of Science degree from Grand Valley State University and a Master’s degree from Aquinas College. Nicole is a certified teacher, elected public official and is actively involved in her community where she chairs the promotions and events.