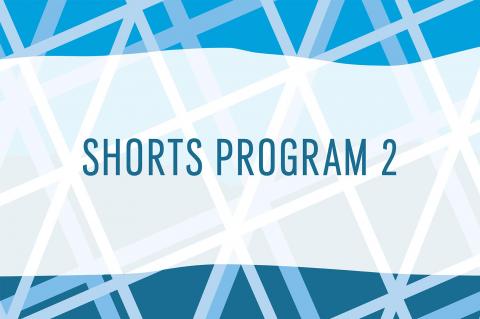 A pitch-black tragicomedy of Steve, a 13 year-old athlete who is secretly being doped by his father and coach Patrick to enhance his performance on the track. Steve is faced with the hard choice between his self-esteem and his father's wishes. *This film is screening as part of SXsports, and will also be open to Interactive badgeholders.

An eight-year-old girl living on the west side of Chicago finds a neglected toddler and decides to take her home.

"Minibar" is an episode of "Little Horribles" -- a darkly comedic web series following the poor decisions of a self-indulgent lesbian named Amy. As it recounts Amy's awkward misadventures and myriad humiliations, "Little Horribles" casts its spotlight on all of the things that really aren’t that big of a deal but so often feel like personal tragedies. In this episode, a family trip leads to a minibar bender with escalating consequences.

A Hasidic woman in Brooklyn discovers she has an STD. Although limited by her social standing in a deeply Orthodox community, she seeks the origin of her illness.

"Random Stop" is a first-person P.O.V. recreation of events from the life of a highway patrolman. The film is based on the true story of Sheriff's Deputy Kyle Dinkheller who - at the end of a shift - pulled over a speeding pickup truck driven by disturbed Vietnam veteran, Andrew Brannan. The results of this routine traffic stop were both tragic and deadly. Footage of the stop is now used in police training throughout the world. Told from an incredibly unique perspective, "Random Stop" gives viewers unprecedented insight into the dangers that law enforcement officers face daily. It is a deeply visceral and highly emotional experience that is difficult to ignore or forget.

Men are from Mars, women are from Brazil. A conversation unfolds, and two lovers find themselves on separate wavelengths.

When a man's car breaks down, it sends him on a quest across town that slowly turns into the most fantastically mundane adventure.

Krisha has not seen her family for many years. When Krisha decides to join her family for a holiday dinner, tensions escalate and Krisha struggles to keep her own demons at bay.

Montreal, 1999. Like every sunday, a modest Pakistani immigrant family picnics in a dead-end next to the Airport, closely watching planes land. On this special day where the Legendary Concord is expected - a rare treat in town- Akram (17 years old), the eldest son of 3 kids, deeply in his teenage crisis, decides to take off to live his own life, creating a commotion in the family.