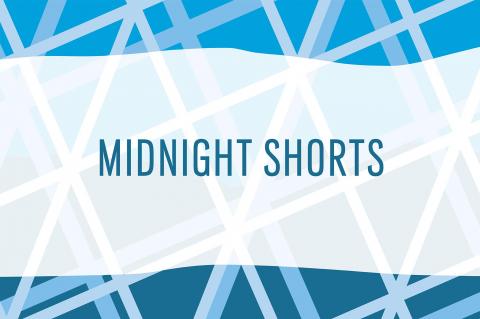 A Sammy Davis, Jr. impersonator, hired to visit with a loyal Rat Pack fan, finds himself delivering last rites at the boy's bedside.

Florence rescues a stray cat from a gang of teenagers. After taking the feline to an isolated building, her true intentions emerge. "Violent Florence" is a depraved tale of love and loss, and the devastating consequences of violent tendencies. Written and directed by Jaime Snyder ("There's A Hippopotamus on Our Roof Eating Cake"), "Violent Florence" is the new short film from Melbourne collective Pocket Bonfire and Twice Shy Films.

Owen never learned about sex or relationships from his parents, since they turned into cats. But today, with the help of a human girl, Owen is going to learn a lot.

Pumpkin & Bubby Get in a Fight

Tony Wash's short film "The Muck" is an attempt to recreate the 80s creature flick feel. Influenced by recent "homage" period movies like "House of the Devil" and "The Sleeper", "The Muck" brings a lot of pride to the Scotchworthy team. Filled with stunning photography by Robert Patrick Stern, spot-on period detail from Production Designer Sarah Sharp, a spine-chilling soundtrack by DC McAuliffe, and the gory stomach-churning effects Scotchworthy's FX Supervisor Jason Kain has become synonymous with, "The Muck" is sure to make you think twice about taking a bath ever again!

Inspired by GIF, this video clip is about the clichés of american antagonisms : Christian thought, homeland love and excesses of the USA.

Mansor extracts the remains of his late wife only to discover her presence forever illuminated in the divine. Like a bird that sings to a flower and a flower that blooms to a singing bird, Rozita and Mansor continue to remain in a harmony of mutual devotion.

A man raps in the mirror, cuts his head off, and has sex with it. There is also a cartoon.

When Declan loses his dog and best friend, Ralphie, his life starts to unravel.

Most of the time it is just a split second, one wrong reaction or decision, that can change a life forever. On this cold, snowy morning, Tobias could not have imagined in his wildest dreams, what would happen to him on his usual running-route through the woods. Especially on his birthday!

Jerry is a strange and solitary boy who lives alone with his young neglectful mother in a run down apartment. Behind the bedroom wall he discovers a seductive alien creature with which he has sex. After the creature becomes pregnant, Jerry is filled with panic and guilt and attempts to abort the alien creature, leading to a horrific outcome which neither himself nor his mother will ever forget.