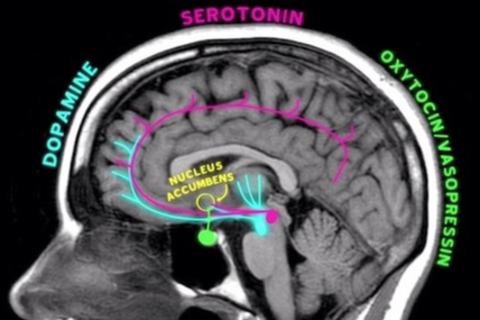 How can we bridge the gap between cinema and interactive storytelling? Or between neuroscience and art? During this session, IDFA DocLab founder and curator Caspar Sonnen and Brent Hoff, media artist and director of programming at IFP’s Made in NY, will explore the holy grail of interactive storytelling and media art: how to create projects that go beyond technological innovation and beautiful design in order to provide truly emotional and meaningful experiences.

In the first half of the session, Caspar Sonnen will explore interactive storytelling today and showcase some of the most remarkable new projects out there. After that, the audience will be treated to a live performance of the Emotional Arcade, a groundbreaking interactive artwork that enables its audience to engage in competitive games using their most intimate feelings (as registered through modified brains scanners and facial recognition software). The Emotional Arcade was created by Brent Hoff with robot-artist Alex Reben and originally commissioned by IDFA DocLab, Brakke Grond and Firestarters. During this session at SXSW, people will also get a chance to participate and celebrate unrestrained raw emotional expression live on stage.

There are no losers, only revelations and everyone who plays gets a lollypop.
This session will be the 6th presentation by IDFA DocLab at SXSW since 2009. IDFA DocLab is held annually in November as part of the International Documentary Film Festival Amsterdam and is considered one of the world’s leading events for interactive non-fiction storytelling and media art. See also www.idfa.nl/doclab.

Made In New York Media Center By IFP

Caspar Sonnen is a Dutch festival organizer and new media curator, specialized in interactive non-fiction storytelling and other forms of digital art that push the boundaries of traditional (documentary) cinema.

Since 2005, Sonnen works for the IDFA documentary festival, where a.o. he set up the online documentary channel IDFA.tv and the festival’s new media program IDFA DocLab (www.idfa.nl/doclab).

In 2003 he co-founded Seize the Night, the annual Open Air Film Festival Amsterdam.