A Conversation with Nicolas Cage 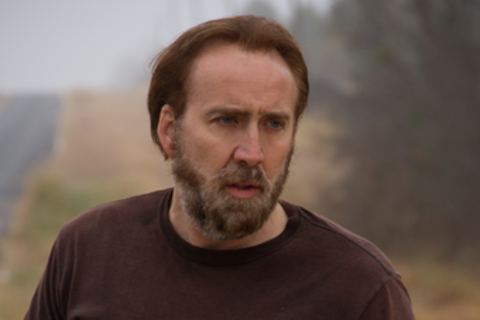 Nicolas Cage is one of the most prolific actors of our time. He leapt into the American consciousness as the quintessential LA teen in FAST TIMES AT RIDGEMONT HIGH and VALLEY GIRL and has continued as a leading man for the next 30 years. He’s equally known for indie cult classics and comedies as dramas, thrillers and blockbusters: RAISING ARIZONA, MOONSTRUCK, WILD AT HEART, PEGGY SUE GOT MARRIED, HONEYMOON IN VEGAS, LEAVING LAS VEGAS, GUARDING TESS, THE ROCK, CON AIR, FACE OFF, ADAPTATION, BAD LIEUTENANT, and THE CROODS, to name a few. The list of his films goes on and on, as do his accolades which included two Academy Awards nominations and one win (LEAVING LAS VEGAS), and four Golden Globe nominations and one win (LEAVING LAS VEGAS). In 2014 he will star in JOE, directed by David Gordon Green.

Over Cage’s storied career, he’s also had the honor of working with some of the best living directors, including the Coen Brothers, Spike Jonze, David Lynch, Gore Verbinski and Werner Herzog . In 2012 he joined the production of JOE to work with one of Austin’s favorite directors, David Gordon Green. Join a conversation between David and Nick as they discuss the breadth of his career, his humanitarian work, and what’s next.