A Conversation with Tilda Swinton 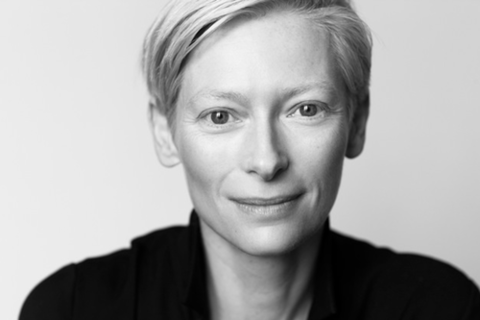 Tilda Swinton, a native of Scotland, started making films with the English director Derek Jarman in 1985, with Caravaggio. She gained international recognition in 1992 for her starring role in Orlando, directed by Sally Potter.

Swinton has established ongoing filmmaking relationships with Lynn Hershman-Leeson with whom she made Conceiving Ada, Teknolust and Strange Culture, John Maybury (Man 2 Man and Love is the Devil), and Luca Guadagnino (The Protagonists, The Love Factory, and most recently the acclaimed I Am Love, which she co-produced). Swinton has also appeared in Spike Jonze’s Adaptation; David Mackenzie’s Young Adam; Mike Mills’ Thumbsucker and Francis Lawrence’s Constantine; Béla Tarr’s The Man from London, Andrew Adamson’s two blockbusters The Chronicles of Narnia tales; Erick Zonca’s Julia, which won her the Evening Standard’s Best Actress award, and Tony Gilroy’s Michael Clayton - for which Swinton received BAFTA and Academy Awards for Best Supporting Actress in 2008. Swinton starred in Lynne Ramsay’s We Need To Talk About Kevin, which screened In Competition at Cannes 2011 and was received as a critical triumph. She followed up by appearing in Wes Anderson’s Moonrise Kingdom. In 2013, she appeared in David Bowie’s video for The Stars Are Out Tonight, and her acclaimed performance art piece titled The Maybe at New York’s Museum of Modern Art.

Join Swinton for an in-depth discussion about her exciting and extremely varied career, including her work in Jim Jarmusch’s new film Only Lovers Left Alive.