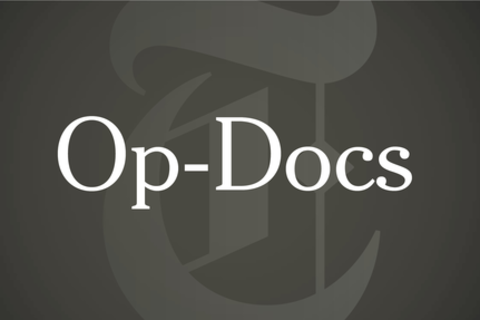 In just over two years, The New York Times’s Op-Docs has become one of the most successful destinations for online short films, releasing more than 100 short documentaries (including “Notes on Blindness,” SXSW 2014 shorts competition). In this special event, Op-Docs series producer and curator Jason Spingarn-Koff presents a selection of recent works and discusses how to create impactful short documentaries for a wide online audience, as well as opportunities for filmmakers to contribute to The Times. He'll be joined by filmmaker Elaine McMillion (SXSW Interactive Awards finalist), who has created two films for Op-Docs. Other past contributors to Op-Docs include Errol Morris, Laura Poitras, Jessica Yu, Lucy Walker, Alan Berliner and Casey Neistat.

Elaine McMillion Sheldon is an award-winning documentary storyteller, visual journalist and one of Filmmaker Magazine’s 25 New Faces of Independent Film. Her most recent project, Hollow, communicates the issues of rural America through the eyes, voices and ideas of Southern West Virginians. Hollow is finalist at SXSW Interactive Award's and was chosen for the Doc Lab Showcase at the International Documentary Festival of Amsterdam. Sheldon's work has been featured in The Huffington Post, LA Times, The Atlantic, Filmmaker Magazine, and PBS MediaShift. Her first Op-Doc “West Virginia, Still Home” was featured on The New York Times on June 20, 2013. Her second Op-Doc “For Seamus” was featured in the New York Times Magazine “The Lives They Lived” series on December 23, 2013.
McMillion earned a B.S. from West Virginia University in Journalism and a M.F.A. in Visual and Media Arts from Emerson College.

Jason Spingarn-Koff joined the staff of The New York Times in 2011 as the first video journalist for Opinion. He is the series producer and curator of Op-Docs (nytimes.com/opdocs), a new initiative at The Times for short opinionated documentaries by independent filmmakers and artists. He directed the feature documentary “Life 2.0”, which screened at the 2010 Sundance Film Festival and SXSW and was acquired by OWN: Oprah Winfrey Network’s Documentary Club. Prior films and journalism have appeared on PBS, BBC, MSNBC, Time.com and Wired News. He was a 2010-2011 MIT Knight Science Journalism Fellow and is a graduate of Brown University and the UC Berkeley Graduate School of Journalism.