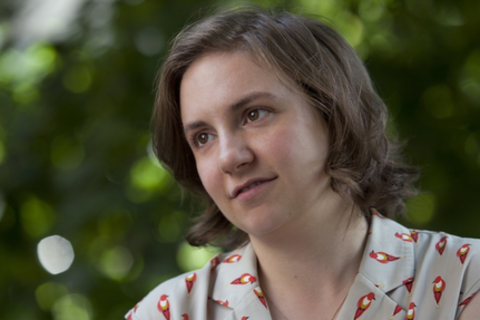 Lena Dunham stars in the HBO series, GIRLS, which she created and serves as executive producer, writer, and director. Dunham won two Golden Globe Awards for “Best Performance by an Actress in a Television Series – Comedy or Musical” and “Best Television Series – Comedy or Musical,” both categories in which she received nominations this year. She recently made history by becoming the first female director to win a DGA Award for “Television Comedy Series.” Additionally, she received 7 Emmy® nominations, the show was honored by AFI as one of the best “TV Programs of the Year," and won a WGA Award for "Best New Series."

In 2010, her feature Tiny Furniture world premiered at SXSW, winning the Jury Award, and ultimately earning her an Independent Spirit Award for “Best First Screenplay.” Dunham signed a deal with Random House Publishing for a collection of essays to be titled Not That Kind of Girl: A Young Woman Tells You What She’s Learned.