Our Lady Of Lourdes: From Short to Web Mini-Series 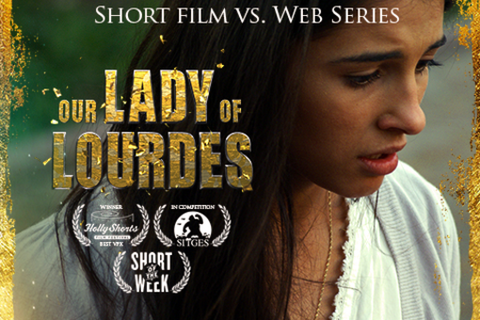 We will be discussing the evolution of the award-winning short film project Our Lady Of Lourdes and how it was adapted to a changing market, while in active production. When deciding to release the short online after a limited, but successful, festival run, it was adapted in structure, for a new audience. Suspecting that the 21-minute running time was too long for the casual YouTube viewer, it was split, quite successfully, into four 5-minute chapters, and released as a web-miniseries on HungerTV. A full length version of the film was simultaneously released on Vimeo, thereby allowing the audience to choose their experience. We will cover the pro's and con's of the two different formats, as they relate to storytelling, and what the impact the dual release had on the the film's audience.

Since the start of his film career at George Lucas’ famed Skywalker Ranch, Szewczyk has had a front row seat to the crafting of Hollywood blockbusters by the modern masters of cinema. While sitting through what Szewczyk calls “a decade of dailies” with the likes of James Cameron and George Lucas, he studied each director’s approach to storytelling. Szewczyk contributed as an artist, animator, and designer to the legendary franchises of Harry Potter, Shrek, Star Wars and Ice Age, but it was not until his time on James Cameron’s Avatar that Szewczyk felt he was ready to leave the trenches of digital production, for the challenges of directing.

As a first generation Pole, raised in Chicago, he balances the DIY spirit of American filmmaking, with the intellect and restraint more characteristic of European cinema. He currently lives in Los Angeles, where he is managing director of Light + Mathematics, a film and animation production company.