Build an Audience Without Selling Out Creatively 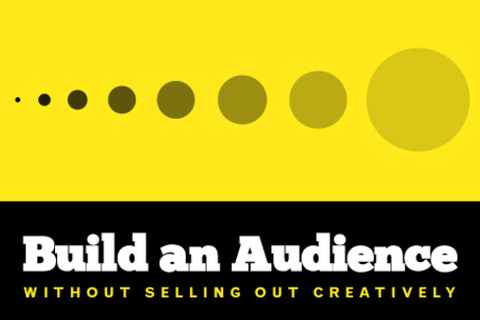 There’s a divide between filmmakers and "Youtube personalities." The idea of quality filmmaking is at odds with our perception of giant Youtube channels. However, we need each other - now more than ever. While Youtube struggles to increase its CPM and production quality, talented filmmakers hustle to find and grow their audiences. Mega Youtube personalities may have found success in numbers but now many of them want to break free and expand beyond non-stop Vlogs. As experienced with our series Little Horribles, these two worlds are not mutually exclusive. It's possible to make indie, long-form content, while growing a sizable audience that can be leveraged for financing. This panel explores how we can integrate these two worlds and grow independent audiences around quality content.

Amy started Barnacle Studios as a way to streamline and bring transparency and a higher level of creative professionals to the process of web video development, production and distribution. There is a disconnect between some of the most talented comedians, writers, and performers and the content that generates the most attention and revenue online when it comes to short-form video content and branded entertainment. Barnacle Studios bridges that gap by managing a talent network of some of the most hilarious and creative people out there with the tools, strategy and online influencers to help connect good content to valuable audiences.

In an effort to put her money where her mouth is, Amy created the web series "Little Horribles" which has generated over 700,000 views with key audiences and has been featured everywhere from Buzzfeed to LA Mag. The series is the first in a line of original Barnacle Studios productions slated for 2014.

Deniese Davis is a graduate of the American Film Institute Conservatory (MFA, Producing ’12), where she was the recipient of the prestigious Disney/Jerry Bruckheimer Scholarship. She is also the 2012 recipient of the Debra Hill Fellowship that is given by The Producer’s Guild of America (PGA).

Originally from Las Vegas, NV, Deniese graduated from CUNY-Brooklyn College in New York with a BA in Film Production and minor in TV/Radio. Since then, she has produced countless music videos, short films and online media.

In the web-series realm, she is best known for producing the made-for-web short “Underneath your love” directed by and starring Michelle Phan that has garnered over 4.8 million views on YouTube and Issa Rae's award-winning web series “The Mis-Adventures of Awkward Black Girl”, which accumulated over 13 million views with both seasons combined.

Chris Denson's 15-year career has spanned media creation, marketing, strategy, and product innovation. He most recently served as Head of Creative Solutions for Machinima, where he lead several creative business opportunities focused on the cross-roads of brand integration, content creation, business development, audience engagement, and talent development. Additionally, he is an advisory board member of the Mobile Excellence Awards, Custom College Recruiting, and a regular guest speaker at industry trade events and educational institutions. Prior to joining Machinima, Chris has worked both domestically and internationally, holding posts alongside several organizations as the Head of Marketing for American Film Institute's Digital Content Lab, Founder of Genius Effect Media Group, Director of Innovation at The Regan Group, Director of Marketing for the New York Film Academy, and consultant to organizations from Africa to Italy.

Beverly Reynolds is a digital marketing and community specialist who works with passionate individuals and organizations of all sizes - from those with less than five employees to major corporations with billions of dollars in revenue.

Notably, Beverly served as director of marketing and community for Geek & Sundry, a YouTube premium channel with over 750,000 subscribers and 70,000,000 lifetime views. She has significant experience building communities online and off, most recently orchestrating a campaign to push a major corporation's Facebook account to over 2,000,000 Likes.