Parlay Your Skills Beyond the Screen 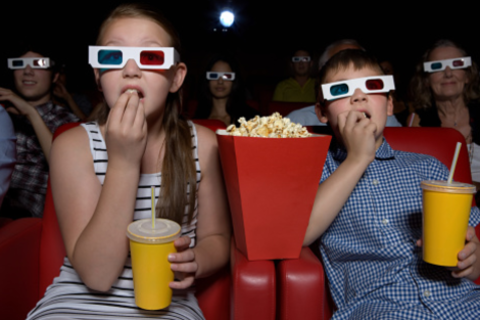 Filmmakers wear multiple hats, learn new skills under fire and juggle many jobs at once. We take these skills for granted as par for the course in getting a film made, but they also create a powerful arsenal of expertise that can lay foundation for other careers. The rise of independent film, TED Talks and reality TV have positioned story telling as a powerful skill. The ability to understand storytelling, being able to connect the dots between seemly disparate ideas, people or industries provide critical leverage for drawing audiences and influencing hearts, minds, opinions and behavior. In this session we'll talk with accomplished filmmakers from both the doc and narrative worlds who have successfully parlayed their skills into new and exciting jobs outside of the film industry.

Erin Essenmacher is an award-winning writer, director and producer with nearly 20 years of experience in writing, broadcast and non-broadcast production. She has worked as writer, producer and director on documentary films for PBS, The Discovery Channel, Animal Planet, the History Channel and Court TV. Corporate and non-profit clients include Acura, Sony, the Gap, Little Pim, Equal Rights Advocates, SEIU and the Lawyers’ Committee for Civil Rights of the San Francisco Bay Area. Erin produced and co-wrote the independent film “MINE” which won the Audience Award for Best Documentary at the 2009 SXSW and SF Doc Fest and aired on Independent Lens as part of the 2010 season, where it won the Audience Award for best doc. Erin holds a degree in Political Science and American Culture from the University of Michigan.
Erin is currently the Dirctor of Education at the National Association of Corporate Directors and responsible for producing nearly 30 events a year.

Erin Stam has more than 15+ years as an entertainment executive with an established reputation in all aspects of the studio system and independent film world. Currently, she is consulting for entertainment companies, advising startups and the co-founder of a lifestyle website, Mimosa Lotus. Previously, Stam was the Senior Vice President of Production for Participant Media. The emphasis of Participant is socially relevant, commercially viable feature films, television and documentaries, as well as publishing and digital media. Participant has a long history of creating Academy-Award nominated films and documentaries including The Help, Good Night and Good Luck and An Inconvenient Truth. She was responsible for the production of narrative features from inception through distribution. Prior to Participant Media, Stam was a senior production and development executive at Spyglass Entertainment. Her credits included Executive Producing 27 Dresses for Fox 2000 and Co-Producing Underdog, The Invisible and Stay Alive for Disney. Erin Stam is from Boston and is a graduate of Colgate University.