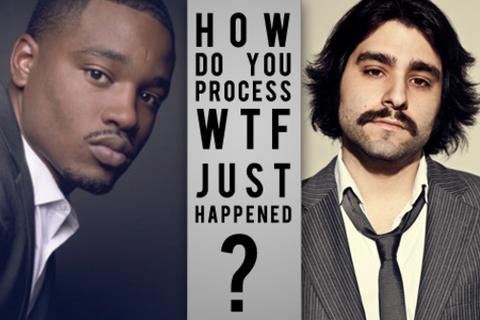 People are often so caught up on the business & networking aspect of film festivals that they completely miss the opportunity to deconstruct the emotional journey filmmakers are thrust into. Going from cutting your teeth and scraping together micro budgets to watching mass amounts of people watch your work in a theatre can be quite a shock. Ryan Coogler (Fruitvale Station) and Jordan Vogt-Roberts (The Kings of Summer) want to anchor a panel where they bring on other filmmakers to discuss how we all internally processed the whirlwind of premiering our films and subsequently releasing them into the world.

Making movies is an incredibly rewarding process but it's also beyond exhausting mentally and physically. By bringing in several of our friends and colleagues, we want to discuss the emotional and how we individually adapted to get through it. Everyone has a different path and we want our guests to represent several different routes.

Jordan Vogt-Roberts directed and executive produced the film THE KINGS OF SUMMER which premiered at Sundance 2013. He is the creator and director of the Comedy Central television show Mash Up and the director of the acclaimed short film Successful Alcoholics, which premiered at the 2010 Sundance Film Festival and subsequently screened at more than 30 festivals worldwide including SXSW and AFI. His award-winning work on the Web and with branded content has reached millions of viewers and launched a career in commercials. Hailing from the ruins of Detroit but currently living in Los Angeles, Vogt-Roberts also loves dachshunds

Grew up in Richmond, CA in the East Bay area north of Oakland, CA. He attended nearby Saint Mary's College on a football scholarship, then transferred to Sacramento State College. Later he was a graduate student in the University of Southern California School of Cinematic Arts.

Partnered with Oscar-winning actor Forest Whitaker who agreed to develop and produce his first feature-film project, Fruitvale Station which premiered at sundance 2013 and won the audience award and grand jury prize