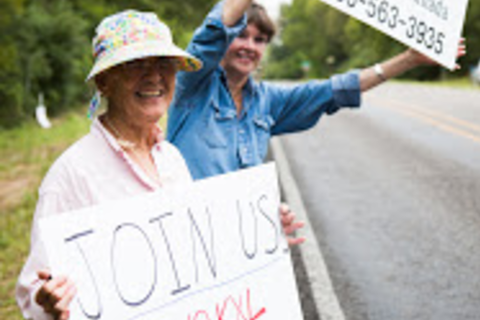 Social change advocates are savvy about the power of media, often partnering with film and media artists to advance their missions. This climate offers new opportunities, but artists may find themselves in the political hot seat without adequate preparation and advocates can lose control of their message.

In this workshop, panelists will explore a range of issues including who controls story and message and how to establish clear roles.

Then, a facilitated discussion will bring attendees together to share stories about managing the relationship between the artist, subjects, and the NGOs, non-profits, or citizen groups.

Finally, attendees will form small groups to create a crowd-sourced guide of ‘best practices’ for managing the practicalities and ethics of these partnerships.

Deborah S. Esquenazi is an award-winning Austin, Texas-based documentary film and radio producer, instructor, and journalist. She is a Sundance Documentary Film Fellow for 2014.

Esquenazi is the former Project Director of Stories From Deep in the Heart, a program generously funded by the National Endowment for the Arts, and which works with underserved populations of teens to produce radio documentaries about their lives. Her own work has appeared in print and on the radio, from the Village Voice to Jerusalem Post to several NPR affiliates. Her current documentary film project, Southwest of Salem: The Story of the San Antonio Four (www.sanantoniofourmovie.com), has received international attention for its investigation into this controversial criminal case, and has been mentioned in Forbes Magazine, New York Times, BBC Radio, among many others. This film is supported by a grant from the Sundance Institute Documentary Film Program | John D. and Catherine T. MacArthur Foundation Initiative and Chicken & Egg Pictures.

John Fiege is an award-winning filmmaker and photographer based in Austin, Texas, where he is currently in post-production on Above All Else, a feature-length documentary about the Keystone XL pipeline. Mississippi Chicken, his intimate portrait of immigrants working in the poultry industry, was nominated for a Gotham Award for “The Best Film Not Playing at a Theater Near You.” Variously described as “immersive,” “saturated,” “patient,” and “precise,” his distinct cinematic approach translates the political into the personal in both his documentary and fiction work. His films have played at the Cannes Film Festival, MoMA, Miami International Film Festival, and Austin Film Festival, among many others. His film awards include the Princess Grace Special Project Grant, the Princess Grace Award, Kodak’s Eastman Scholarship, the Texas Filmmakers’ Production Fund Grant, and the Carole Fielding Documentary Award. He occasionally teaches in the film school at the University of Texas at Austin.

Shaady Salehi is executive director of Active Voice, a nationally recognized organization that designs and implements campaigns using film to advance social justice. With a decade of experience working at the intersection of media and social change, Shaady oversees Active Voice’s diverse portfolio of film campaigns and provides consultation to filmmakers and funders about using stories for social impact. She has spoken extensively at conferences and film festivals around the country, and has sat on review panels for the San Francisco Film Society and the BAVC Producer’s Institute. She also serves on the board of Let It Ripple, a nonprofit that experiments with collaborative filmmaking for the common good. She holds an M.S. in strategic communications from Columbia University, an M.A. in cultural anthropology from UC Davis and a B.A. in anthropology from Oberlin College. @shaadys @active_voice