How NOT To Produce Movies 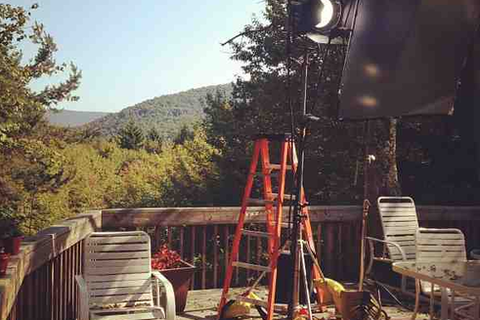 "How NOT To Produce Movies" will make seasoned producers laugh with empathy and give young up-and-comers a glimpse at the chaos that comes with the most unsung job in the movies, being a Producer.

Hear from four veteran filmmakers about their worst moments in production. On-set mishaps, casting woes, weather issues, the works. Learn from their mistakes so you won't have to go through the same, painful trial-and-error.

Kim Sherman, Michael Tully, Amy Lo and Matthew C. Mills are award-winning independent filmmakers, each with a different perspective and the same overwhelming love for the art and craft of making motion pictures. Come listen, learn and laugh.

Matthew C. Mills is an Emmy Award-winning Director & Executive Producer whose film credits include "Spencer," "Trust, Greed, Bullets & Bourbon" and "We Always Lie To Strangers," which premiered at SXSW 2013. His numerous television credits include "MTV Unplugged," "Fodder" and "Foodtopia." Matthew is the CEO of Spacestation, a production company based in Brooklyn, NY.

Mental Pictures was formed by Amy Lo with a focus on director-driven work with international appeal. Her producing credits run the gamut from studio movies to micro-budget documentaries – and each project has filmed overseas, including the UK, Europe, Asia, and Latin America. She has also served on the Selection Advisory Committee for the Sundance Institute Feature Film Program, and review panels for the Tribeca Film Institute grants, the Global Film Initiative, and the International Emmy Awards. Amy grew up in Alaska, graduated from Stanford University, and lives in NY.