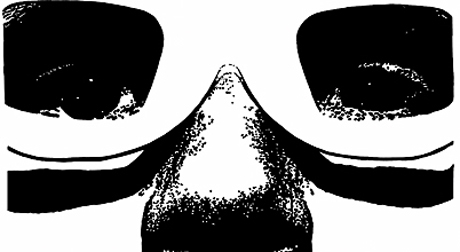 ASSSSCAT, the Upright Citizens Brigade's improv juggernaut that has played to critical acclaim and sold out audiences in New York City for the past ten years, has landed in Los Angeles.  So what exactly is ASSSSCAT?  Well, it starts with a group of improv comedians currently working in film and television taking the stage accompanied by a special guest monologist. Some guest monologists are talented celebrities, others are screwed up weirdos.  Either way, they usually have great stories to tell.  We take a suggestion from the audience, then the show begins.  The special guest shares off-the-cuff thoughts, feelings, and personal remembrances inspired by the suggestion.  The improvisers in turn use this impromptu monologue as fodder for a series of high octane, balls-to-the-wall improvised sketches that have made this show one of the longest running improv shows in the history of the world.

This SXSW edition of ASSSSCAT will feature monologues from Arrested Development’s Jeffrey Tambor.

Chris Gethard is a writer, actor, and comedian living in New York City. A mainstay performer at the Upright Citizens Brigade Theater, he has performed at the Just for Laughs festivals in both Montreal and Chicago, at South by Southwest, and at various colleges and theaters throughout the United States. He was named one of Variety’s Ten Comics to Watch in 2010, and has told stories on This American Life.

Chris was a guest writer at Saturday Night Live. He was also an original writer on The Onion News Network, which launched its online platform with a sketch he wrote that was written about in The New York Times. He also sold a pilot to Comedy Central.

Chris is the creator and host of The Chris Gethard Show, a variety and talk show that began as a stage show at UCB before becoming a weekly live public access show during the summer of 2011. The show has a fervent cult following, and is known for staging amazing stunts such as using a Twitter campaign to book Sean “Diddy” Combs as a guest on the show. Chris also once granted a young fan the night of her life by devoting an entire episode to her and booking all of her favorite celebrities. The Chris Gethard
Show has been written about in The New York Times, The Wall Street Journal, New York Magazine, The Hollywood Reporter, and dozens of other publications. Chris has also promoted the show as a guest on both Late Night with Jimmy Fallon and Conan.

As an actor, you can see Chris this summer in Iron Man 3, and later this year opposite Mila Kunis and Robin Williams in The Angriest Man In Brooklyn. Chris can also be seen in multiple episodes of the final season of NBC’s The Office.

Joe is currently in his second season working as a staff writer for Kroll Show on Comedy Central. He has previously written for Comedy Bang! Bang!, Playing House, and the Onion News Network. As a stand up, Joe was named one of the "New Faces" at the 2012 Montreal Just For Laughs festival. He has appeared at SXSW, Bridgetown Comedy Festival, and the Telluride Comedy Festival. Wengert has been a regular improv performer at the UCB Theater since 2003. Currently he can be seen improvising every Monday night with UCB-LA house team, The Smokes and every Saturday and Sunday with ASSSSCAT.

Jon Gabrus has appeared in HBO's Muhammad Ali's Greatest Fight, Yahoo’s The Fuzz, and the films Flock of Dudes and Awful Nice. He has appeared on NBC's 30 Rock and ABC's Happy Endings, and hosted MTV's The Substitute, Comedy Central pilot Highdeas, and his own show, Gabrus on Rugby, for BBC America. He can be seen on MTV2's Guy Code and Girl Code, Fuse's Hoppus on Music and History's I Love the 1880's. Jon performs weekly at the UCB Theatre in LA with Your F'd Up Family.

Nicole is an actress and comedian, and 1/3 of the smart lady group Doppelganger. Nicole has appeared on 30 Rock, Late Night with Jimmy Fallon, Failosophy Charlemagne and Friends, MTV's Weekend Brunch and a Nestle commercial that only runs in Israel. She currently appears on MTV's Girl Code.

Shannon O'Neill is a veteran performer at the Upright Citizens Brigade Theatre in NYC. She performs every Sunday Night in Asssscat 3000 and Fridays with one of NYC's top improv groups, The Stepfathers. She has monthly talk show Strangers Wanted that has a cult following, and she is a cast member of The Chris Gethard Show.

Tim Meadows’ start in show business was as a member of The Second City comedy troupe alongside future star Chris Farley. In 1991, Meadows landed a spot on Saturday Night Live and would go on to become a longtime cast member, appearing on the program until 2000.
Meadows can frequently be seen performing live at the iO WEST with Heather Campbell and Miles Stroth in their improvised show Heather, Miles, and Tim. Recently, Meadows has been back performing in the Chicago improv scene at the ImprovOlympic and other venues.