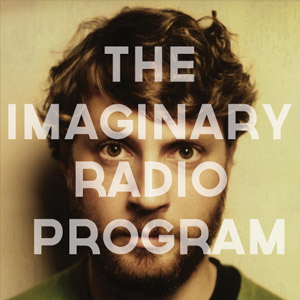 Songs and sketches loop together in this live show from Drennon Davis (Last Comic Standing, Adam Devine’s House Party), who will be joined by characters, comic pals, and musical guests for a completely unique “radio” show.

Andres du Bouchet is a Los Angeles-based comedian. Currently he is a staff writer for CONAN on TBS, and is nearing completion of his 2nd comedy album entitled 20-Sided Guy, for which he is recording each track in a different venue. His first comedy album, Naked Trampoline Hamlet, is available on iTunes. He recently played magician Mars Sazerac on Bob's Burgers, and appeared on Last Call With Carson Daly. He is large and nice, but not the greatest at socializing unless a few beers are involved.

From his elaborate characters and impressions, to his provocative songs and animation, Drennon is quickly making a name for himself as one of the most innovative young minds in today’s comedy scene. His performances of festival favorite the Imaginary Radio Program combine live-looped songs and beat-boxing with one-man sketches and array of hilarious special guests into a show that the Los Angeles Comedy Bureau writes "not only lives up to its name, but exceeds expectation in what you could possibly think it is."

“If you venture into this awkward yet ultimately rewarding late-night show, you may well come out of it thinking that Drennon Davis is a bit of a genius.” - The Times (UK)

He’s been featured on Carson Daly’s Last Call and a semi-finalist of Last Comic Standing. His new animated show The Long Legs can be seen on MTV's rebirth of Liquid Television in 2012.

Nick Stargu is a musician, comedian, filmmaker and writer who is best know for his musical comedy act, DJ REAL, which has been featured in the San Francisco Sketch Festival, the Bridgetown Comedy Festival, the San Francisco Comedy Competition, and the Noisepop Festival. And he’s opened for Devo! Most recently, he began writing and performing with Drennon Davis as the musical comedy act, Imaginary Radio.