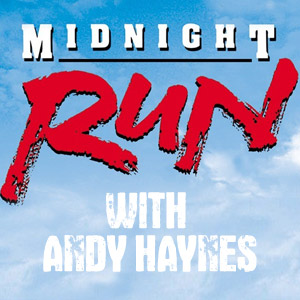 One part camp counselor, one part debate team captain, Andy Haynes aims to entertain audiences while also provoking them. A liberal that hates political correctness, a vegan that loves Big Buck Hunter, he is quickly becoming a must see performer in New York City and beyond. He's appeared at the Sasquatch Music Festival, Bridgetown Comedy Festival, NBC's "Last Comic Standing" and "Late Night with Jimmy Fallon."

Emily Maya Mills is an actor, writer and stand-up comic based in Los Angeles. She's been seen on Parks and Recreation, Ellen, Conan, Childrens’ Hospital, Key and Peele, Harry's Law, Comedy Bang Bang and The Birthday Boys on IFC, as well as many of television’s weirder commercials. A graduate of Emerson College, Emily's been a regular performer at the Upright Citizens Brigade Theatre in Los Angeles since 2006. As a stand-up she's performed at the Hollywood Improv, The Punchline, The Purple Onion, The Laugh Factory, The Meltdown Show, Hot Tub with Kurt & Kristen, Hannibal Buress' Knitting Factory Show, and thousands more.

Hari Kondabolu is a comedian and writer based in Brooklyn, NY. He was a writer and correspondent for FX's "Totally Biased with W. Kamau Bell." He has also done standup on Conan, Jimmy Kimmel Live, John Oliver's New York Stand-Up Show and has his own Comedy Central Presents special. His debut album "Waiting for 2042" comes out March 11th on indie label Kill Rock Stars.