The Creek and The Cave Presents 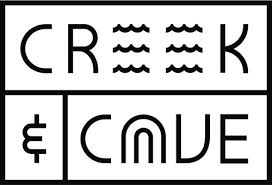 The Creek and The Cave has turned Long Island City into one of NYC’s top comedy destinations, and this show features acts who frequently appear on their award-winning stage.

Pete Davidson hit the stage for the first time at the age of 16. Since then Pete has toured North America playing colleges, comedy clubs and theaters. The Staten Island, NY native was busy in 2013 debuting as a series regular on three MTV programs Guy Code, Wild ‘N’ Out and Failosophy. Pete made his standup television debut on AXS TV’s Gotham Comedy Live and followed that up with an appearance on Comedy Central’s Adam Devine’s House Party. 2013 also marked his television acting debut with a guest starring role on FOX’s Brooklyn Nine-Nine. He is also set to make his film debut in 2014 with a co-starring role in Nick Cannon’s School Dance.