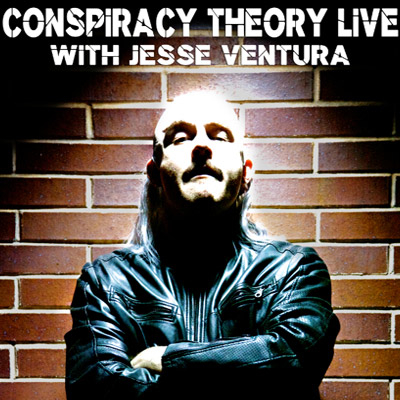 Former Governor and wrestling legend JESSE VENTURA is on the ground in Austin and he’s assembled a team of investigative experts to uncover some explosive information that will unravel the biggest conspiracy yet. The New World Order might keep Jesse off the air, but they can’t cancel the truth!

A hit show at festivals around the country, Conspiracy Theory LIVE is heading to SXSW! Featuring James Adomian as Jesse Ventura, and a panel of comedians in character as inside experts, you’ll want to be at ringside for the action.

A native of St. Louis, Mike MacRae began performing at the legendary (read: “closed”) Houston Laff Stop in 1999 and soon developed his trademark style of blending obscure impressions into straight stand-up. Mike’s television debut was on Comedy Central’s “Premium Blend” in 2001 and he has since performed on “The Late Show with David Letterman”, NESN’s “Comedy All-Stars”, and was a full cast member on the TBS sketch show “Frank TV”. In 2009, Mike was invited to perform on the Master’s Showcase at the Montreal Just for Laughs Comedy Festival and is a veteran of both SXSW and the Moontower Comedy Festival. As a regular on the nationally syndicated “Bob and Tom Show” he has toured theaters across the country as part of their All-Stars Comedy Tour. Mike’s comedy short “Taste in Powder” garnered rave reviews at the Austin Film Festival in 2010, and the YouTube comments have been surprisingly benign.

As a voice actor, Mike has lent his distinctive pipes to numerous commercials, video games, industrials, cartoons, and anime for clients such as Disney Character Voices, ADV Films, and Hewlett Packard. His characters and impressions have been heard on Howard Stern, Jimmy Kimmel, “The David Feldman Show”, Adult Swim on the Cartoon Network, The Young Turks, and over 300 terrestrial radio markets across the country.

Most recently Mike has been a contributor to the comedy website Humordy.com, and his sketches have been featured on Yahoo! and HuffPo Comedy. He’s currently a writer and performer for the nationally syndicated political comedy program “The Jimmy Dore Show” (available on iTunes) where he is the voice of Mitt Romney, Rick Perry, Barack Obama, Ron Paul, Herman Cain, and Benjamin Netanyahu, to name a few, and the creator of “Rip Torn’s Hollywood Drunk Tank”. Also, Mike has probably done your podcast.