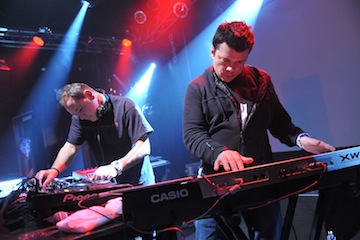 The Crystal Method, one of America's best known electronic artists with a career spanning nearly 20 years, two Grammy nominations and a platinum selling album, Vegas, under their belts, will be signing autographs at Casio's booth at the Music Gear Expo.  Be sure to stop by Casio's booth to meet Ken and Scott on Thursday, March 14th at 3:00PM.