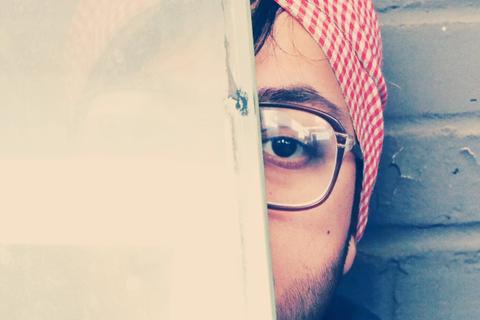 Though Lushlife describes himself as a “bedroom composer”, the em-cee/producer has been quietly crafting a catalog of sweeping full-lengths that do nothing to betray the dimensions of his small South Philly workspace. His latest, Plateau Vision¸ finds Lush at his most self-possessed, effectively ignoring the outside world of Tumblr-paced album cycles and blog buzz, to create that rare, contemplative hip-hop LP; one that somehow balances its hazed-out cassette experimentations with the pop-friendly underpinnings of big-room hip-hop.

Lush pre-empted Plateau Vision with what became one of the most talked-about mixtapes of 2011: a straight-to-cassette burner called, No More Golden Days, which was praised by outlets like Okayplayer and the New York Times, and named ‘Mixtape of the Week’ by Stereogum. Not unlike the mixtape, Plateau Vision expertly incubates ‘60s psych eccentricities, and gauzy low-fi production techniques with ’96-era hip-hop swagger. A-side banger, ‘Big Sur’ (produced by Western Vinyl labelmate, ‘Botany’) finds Lushlife, the emcee, weaving a weirdo hidden-America-as-Philly-slang vibe, while Botany splices together a beat that’s as indebted to J. Dilla as it is to Jandek. By contrast, album closer, "$takk Cheddar Galore, Alwyn Dias" plays like some lost Panda Bear joint, but one where Lush spits over his own stack-harmonies with a rapid-fire flow that touches on Orwellian references and his stress-rap tendencies, all within the same breath.

While Lush handles much of the production and rhymes on Plateau Vision, as auteur, he brings guest artists and producers into the fabric of this album in just the right ways. Standout cut, ‘"Still I Hear the Word Progress" finds Yonkers super-gangster, and former Bad Boy cohort, Styles P trading thorough “sixteens” with Lush against an at-once disconcerting and supremely poppy 8-bit backdrop. Critically-acclaimed Canadian rapper, Shad, floats past with a melancholy verse over Lushlife’s shimmering reworking of one of Erik Satie’s early 20th century Gymnopedie meditations. And finally, collaborations that were hinted at on the No More Golden Days mixtape, those with Heems of Das Racist, Memphis rap up-start, Cities Aviv, ex-Titus Andronicus garage rocker, Andrew Cedermark, and others, can be heard mastered, and in their original context.

As Lushlife explains, “I grew up as an album obsessive, so I kind of feel like I reflexively make obsessive albums, if that makes any sense.” It does. And if we’re entering the age of “The Stream”, where art itself exists in the deluge of online content, then a completist work like Plateau Vision stands plainly in defiance; an unlikely hip-hop record that embraces the long pause, as well as the big release, in equal measure.