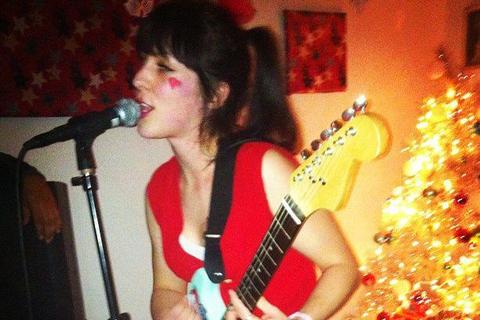 A fun, punky and poppy band originally from Ottawa, Canada, now based out of California.

Peach Kelli Pop has two full length albums, the first of which is available on JEFF the Brotherhood's Infinity Cat Records and the second is newly released on Burger Records out of Fullerton, CA. They are currently promoting the second album with a month long North American tour.