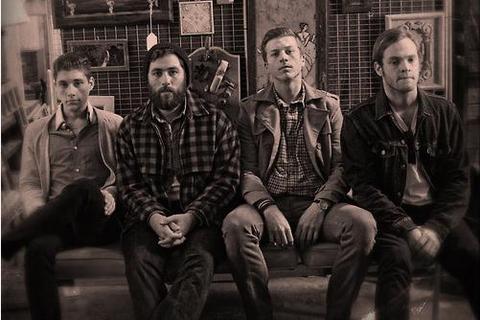 Northern Faces is from NY. The band features Shortell and Marco Testa on vocals and guitars, Matt Ippolito on bass, and Mike Ryan on drums. The band solidified their lineup in early 2012 after heading to an isolated cabin in Vermont to begin writing their debut effort. Free of technology and other daily distractions there, the band wrote the six songs that now comprise their impressive upcoming release, Southern Places. The EP will be out digitally on Equal Vision Records on March 5; And available on CD at shows and through MerchNOW.com, with pre-orders to be launched soon.

In December 2012, the band premiered 'You Not Me" on indie alternative radio station WEQX and soon after released a second song, "Poor Moonlight", through the band's Facebook. Both songs are now available streaming on SoundCloud.com/northernfaces.

Northern Faces' debut show was an opening slot for The Kooks and Royal Teeth in early 2012. Northern Faces has since shared stages with the likes of Electric Guest, Civil Twilight, Futurebirds, Heartless Bastards and many more.

"Our live shows are our pride and joy," the band reveals. "We take a lot of pride in trying to put on a show that leaves a lasting impression on the audience. We'll be incorporating some new instruments into our live show that we've never used before, and we're working on some really cool alternate versions of songs to play live. It's our natural habitat. The stage really is our home."