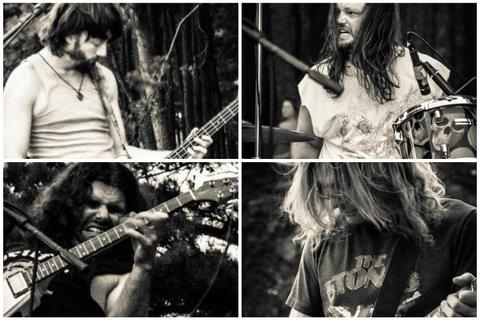 Listen to Fires of the Torrid Sun

When you hear people speak of Muscle Shoals music be it past, present, or future- they often liken the dedication of the musicians to a common element: "There's something in the water". Well in this case, it's not only in the water, but it's in their blood too.

In February 2007, An Abstract Theory was formed in Muscle Shoals with one goal in mind: To bring Progressive Rock and Roll to the masses with a dash of psychedelic southern charm.

The band consists of Kirk Russell (lead guitar & vocals),Scot Mckinney (bass & vocals), Kevin Reed (drums &vocals) and Joel Smith (rhythm guitar & vocals). An Abstract Theory's music has been described as having twists and turns reminiscent of Frank Zappa or Mahavishnu Orchestra. They are influenced and inspired by Cream, Mountain, Led Zeppelin, and The Jimi Hendrix Experience.

An Abstract Theory make no nonsense rock and roll with shredding guitars and lyrical elements coupled with bombastic drumming that defines rock and roll to it's very core.

An Abstract Theory is currently promoting their new album "Elements of Vacancy", and are working on their follow up release due later this year.