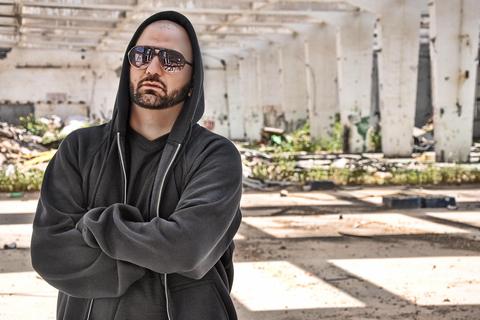 SHI 360 is anything but your typical hip hop artist. Hailing from the Middle East, this MC is spreading unity and awareness through his music and tours worldwide.
Growing up in a North-African home has influenced his music to reflect an ecclectic mix of middle eastern melodies, african rhythms and old school hip hop.
He has set himself apart as a compelling voice unafraid to challenge the mainstream media’s oftentimes distorted messages. Many of his songs emphasize a bold social and political message. Going by the credo “Don’t be afraid to think,” SHI 360 combines deft rhymes and fresh, genre-shifting beats.