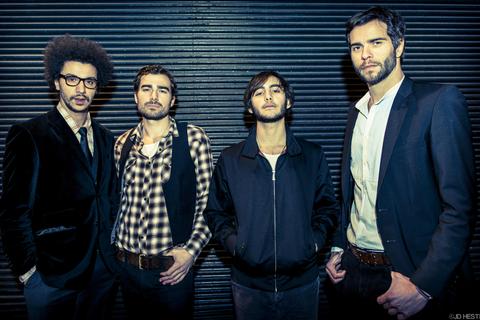 Listen to Hush Me

While most rockers willingly admit they started making music in an effort to obtain mere degree of fame, the members of Hooka Hey have a loftier mission. They create primal rock that reawakens forgotten senses with blues-based tribal beats, smoky vocals and riffs charged like ion-charged air just before a storm.

With tribal grooves and even a name rooted in the sound of an American Indian war cry, Hooka Hey drives deep-purple rhythms into the most basic parts of the brain.

Members Hugo Parrish, Heykel Fattoumi, Matthew Leroy and Alexis Jaubourg were all raised in Paris, but they’ll take you to a place where land isn’t divided by manmade boundaries and music serves as an incantation.

Hooka Hey is calling you, all right, signaling with smoky riffs meant to pulsate your pleasure zones — and tilt your world.