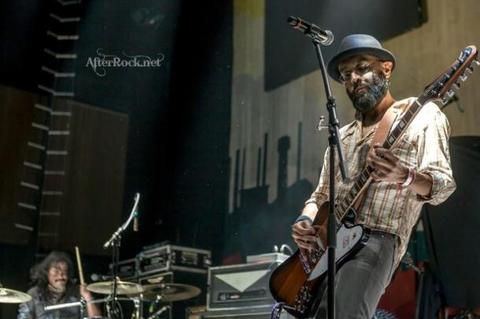 Yokozuna is a hard rock duo formed in 2004 by brothers Arturo (guitar, vocals) and Jose Antonio Tranquilino (drums, piano, armonica and vocals). Their sound is heavy and raw and influenced by bands like Led Zeppelin, Mastodon, the Posies and Queens of the Stone Age.

In 2007 they released their self titled Ep with EMI music and ”Cual es tu rock?”, this received outstanding reviews by local newspapers and rock magazines like Rolling Stone, Switch, R&R, La Mosca and Circulo Mixup among others. A year later they released their first LP with “Naranjada Records” with great sales results and with three singles in the first places in local radio stations. In 2009 they released the album with “Discos Intolerancia” called “Yokozuna II” .

In 2013 they will release through TERRICOLAS IMBECILES the most anticipated album called QUIERO VENGANZA. Produced by Pablo Romero and mastered by Tom Baker.