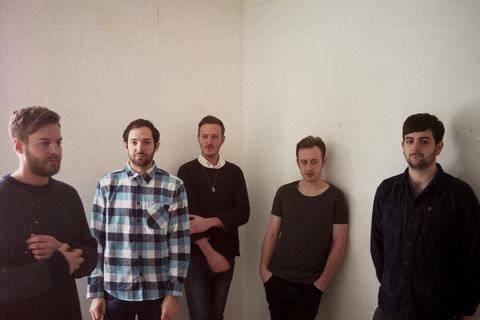 CAVE PAINTING are moving into 2013 with a busy schedule of releases and select live shows.

They have prepared a special package for ‘Rio’ - their second UK single of the year. It follows the first, ‘Leaf’, which garnered a great deal of interest and radio support from the likes of Radio One DJ’s Fearne Cotten and Zane Lowe, as well as XFM’s John Kennedy and others.

‘Rio’ is a the lead track from the new EP which will also feature 3 new songs, recorded in a frenzy of activity as the year began. The songs are Cave Painting’s first new recordings since the album ‘Votive Life’ was released in September 2012 on Third Rock Recordings.

In addition and to mark their US live debut at SXSW the band are also taking the unusual step of releasing a “USA ONLY’ EP. This digitally only four track collection contains some previously hard to get songs which were not included on the album, ‘Midnight Love’, and ‘Light Show’. Also included are ‘Rio’ and fan’s favourite from their live show ‘Our Click Say Yeah’.

After their frantic 2012, with 3 solo tours and two special guest support slots (Alt J and Gaz Coomes), Cave Painting are easing gently into live work in 2013 with a one-off headline show at Dalston Roof Garden on May 8. The show neatly marks the April 28 release of the ‘Rio’ EP. More shows in the UK and Europe are likely to be announced soon.

The show at VEVO TV Control Room on Saturday, March 16