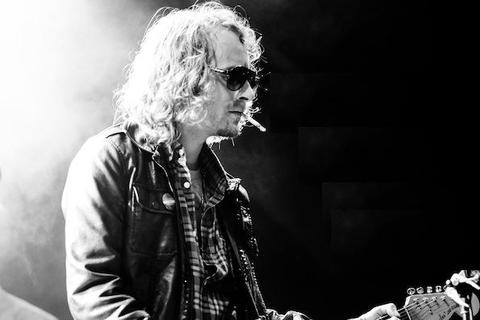 Hailing from Providence, Rhode Island, John McCauley started Deer Tick in the winter of 2004 as a drum and guitar duo. After touring around the United States extensively and a few DIY releases, Deer Tick released its first album, War Elephant, in the fall of 2007. Shortly after in 2008, Deer Tick joined the Brooklyn-based Partisan Records family. Since then, the band has been unstoppable and has released three LPs—Born On Flag Day in 2009, The Black Dirt Sessions in 2010, and Divine Providence in 2011, as well as three EPs.
In 2010, John McCauley, Taylor Goldsmith of Dawes, and Matt Vasquez of Delta Spirit formed Middle Brother. They played their first show at the 2010 SXSW Music Conference under the moniker “MG&V.” Their first official show was in the winter of 2010 at the Troubadour in Los Angeles as Middle Brother. They released their self-titled debut in March of 2011 and also embarked on a month-long national tour with Dawes and Deer Tick. The album was met with massive critical praise, and the band headlined the Newport Folk Festival in 2011.
Always interested in collaborating, McCauley’s next project was Diamond Rugs. While living in Nashville, he attended a Los Lobos concert and convinced Steve Berlin to come to Nashville and record. Over the course of the next month, several other players became involved in the project, namely Ian Saint Pé of Black Lips, Hardy Morris of Dead Confederate, Deer Tick bandmate Robbie Crowell, and hometown friend Bryan Dufresne of Six Finger Satellite. Each artist contributed their own songs to the album, which was recorded and produced in Nashville by Adam Landry and Justin Collins (who also produced Middle Brother and Deer Tick). The self-titled debut was released in April 2012.