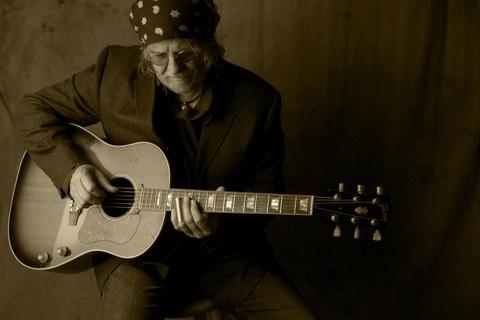 Ray Wylie Hubbard writes the kind of songs that make you want to ride along no matter where he’s going, because you know it’s gonna get strange somewhere along the way. Anyone who’s followed him over the long and winding path he has traveled already knows he possesses the kind of exceptional gift for observation that any songwriter yearns for.

In the 1970s, Ray Wylie Hubbard joined country music "outlaws" Waylon Jennings and Willie Nelson as part of the progressive country vanguard on the Texas music scene. Unlike the clean-cut crooners from Nashville, these Austin and Dallas cowboys grew their hair long and added a healthy dose of rock 'n' roll to their music. A leading figure of the progressive country movement, Hubbard is also well-known for authoring the perennial anthem "Up Against the Wall, Redneck Mother" recorded by Jerry Jeff Walker in 1973.

"And while that song certainly helped launch his career," noted David Goodman in Modern Twang, "its immense popularity has tended to obscure the depth and complexity of Hubbard as a songwriter and musician." "Hubbard's writing became deeply spiritual, dense with allegory and allusion, his musical landscape stalked by preachers with a pistol in one hand and a Bible in the other."
Ten albums later, Hubbard has continued to solidify himself as an elder statesman of Texas Music and a songwriter's songwriter. In recent years, his music has found a comfortable place atop the Americana Music Charts where he continues to contribute to one of the most flourishing genres of the century. Jim Caligiuri noted in the Austin Chronicle that "Hubbard has become one of the best singer-songwriters of our time. Since 1992, he's released a series of albums, each more impressive than the last." Ray’s latest album The Grifter’s Hymnal was released in 2012 to rave reviews and he continues to tour worldwide.