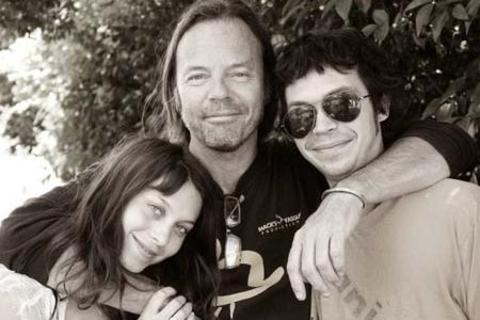 Listen to Savannah Welch sing onstage or on record today, especially when knowing a thing or two about the musical family she grew up in, and it’s understandable how one could mistakenly assume she’s been doing this her whole life — or at the very least, wanted to do it her whole life. But the fact is, she’s still kind of new to it all, having only recently decided to follow her father Kevin and brother Dustin into the performing singer-songwriter business. Acting, not music, was actually her first passion — and she is still actively committed to her film career, juggling her busy touring and recording schedule as a founding member of the critically acclaimed all-female Americana act, The Trishas, alongside building up her IMDb resume with roles in projects ranging from Terrence Malick’s Oscar-nominated The Tree of Life to the teen comedy The Virginity Hit. But her biggest “hit” to date has been The Trishas, which originated as a “one time only” tribute act (paying tribute to none other than Savannah’s father, at a 2009 music festival in Steamboat Springs, Colo.) and bloomed virtually overnight into one of the most popular young acts on the Texas and national acoustic music scenes. To date, the Trishas have released two albums: the 2011 “mini album” They Call Us the Trishas (featuring Savannah’s signature song, “So Blue”), and 2012’s High, Wide and Handsome.

KEVIN WELCH
Kevin Welch has been referred to as a ‘songwriters songwriter’ an expressive singer and a great guitarist. His songs have been recorded by a variety of artists including Roger Miller, Waylon Jennings, Solomon Burke, Trisha Yearwood, Jimmy LaFave, The Highywaymen, Linda Ronstadt and the list goes on. That said, no one does a Kevin Welch song like he does.

He casts a spell over his audience with his words, sincerity, musicianship and when the night is over you know you have experienced something special.

Kevin is among a handful of truly great American songwriters, regardless of genre.
He was Americana before they had a name for it and few performers can fill a room with their presence as well this thoughtful Okie.

He is the Welch in Kane Welch Kaplin, who were twice nominated for Group or Duo of the Year, releasing three critically acclaimed records in the past decade.

His latest solo release, Patch of Blue Sky is just another example of the great songwriting that his fans have come to expect from this outstanding musician.

DUSTIN WELCH
A Nashville native, Dustin grew up around some of the finest musicians and songwriters in the music industry. At an early age, he was exposed to the literary value of song form, and formed his own unique style of storytelling. In 2009, after relocating to Austin, Dustin released his first album titled, Whisky Priest after the main character in Graham Green's consummate novel, The Power and the Glory. He encountered solid recognition for his talent and hard driving musical and lyric style, becoming an instant Austin notable. Nowadays, he tours with his band throughout the southwest, and has a new record entitled Tijuana Bible, which is scheduled for release February 12th, 2013. The highlight of his active schedule is hosting two weekly songwriting and guitar workshops in Austin and San Marcos for Armed Forces veterans for a program called Soldier Songs and Voices. It's inspiring. It's a beautiful thing. He lives in Buda, just south of Austin with his rodeo queen bride, Kayla, along with a whole mess of dogs, and they are all spoiled rotten.

The show at Saxon Pub on Tuesday, March 12