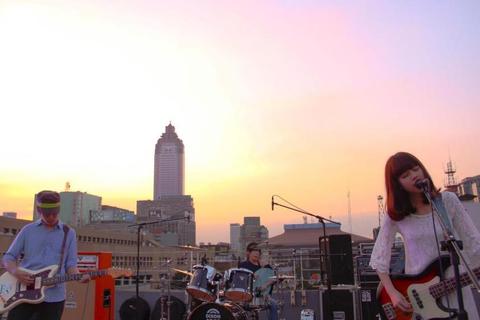 Manic Sheep is a band which formed in 2009 in Taipei, Taiwan. The band most lineup consists of Chris Lo(vocals, bass, synths), Scott Hsieh (guitar) and Jocelyn Kang (Drum).The original member was five, their earlier musical output was often labelled electro-pop, after some members left ,they have since moved into shoegaze and noise rock.

On June 6, 2011, the group released the "Manic Sheep X Sickoz" EP with the other shoegazing band "Sickoz". At that time, Manic Sheep only had two members, Chris Lo and the former drummer Scalett Chang, the band was almost dismissed. Fortunely, they met Sickoz ,which only had two guitar players at the meantime,they combined to one band for two months. The EP only 250 copies were pressed, and sold out after their release party in three months, that was Manic SheepX Sickoz first show, and the last.

In 2011 Summer, because of Scarlett Chang studied abroad ,Manic Sheep reformed.The original member Scott Hsieh finished his military service, he joined the band again, and found Jocelyn Kang to play the drums.The reformed Manic Sheep had a extremely difference than the past two years, their music genre changed to noise rock and shoegaze.

The band released their first debut album this December, which took half an year to finish and had a great influenced by The Kills, Sonic Youth, My Bloody Valentine, Blur and Yo La Tengo. Unexpectedly, many overseas audiences have been becoming more and more interested in their music and they have been receiving a lot of attention globally.They will be attending MPF, SXSW, CMF , NXNE in 2013.